Protests near Yameen's residence calls for his arrest 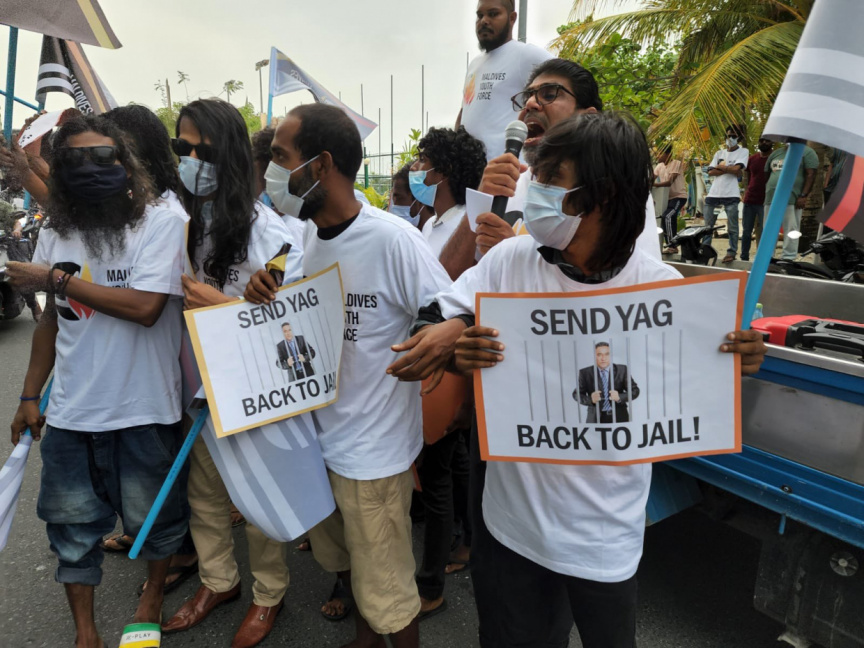 Protestors calling for the arrest of former President Abdulla Yameen Abdul Gayoom in front of his residence. (Photo/social media)

The protestors who gathered around 04:3 PM were calling to re-arrest Yameen.

Additionally, they vocalized against the 'India Out' campaign led by the former President as well.

Notably, when the protesters gathered, supporters of Yameen also came to the area, and heated verbal exchanges were made as well.

Officers of Maldives Police Service who were in the area at the time brought the protest under control before it escalated.

The Maldivian Youth Force made their social media debut only a few days prior. The first post made by accounts under the name was a video criticizing the India Out campaign and threatening Yameen.

The post stated that they cannot compromise the future of the younger generation with a racist agenda of one person to create hate, racism and fear in Maldives.

"We are Maldives Youth Force and we stand against hate, racism and xenophobia."

They added that they were "coming out strong" against these issues and called to join them.

The Progressive Party of Maldives (PPM) branded the video as a threat against Yameen, and stated that they would be reporting the issue to Police.