Case filed with Police over threat against ex-president Yameen 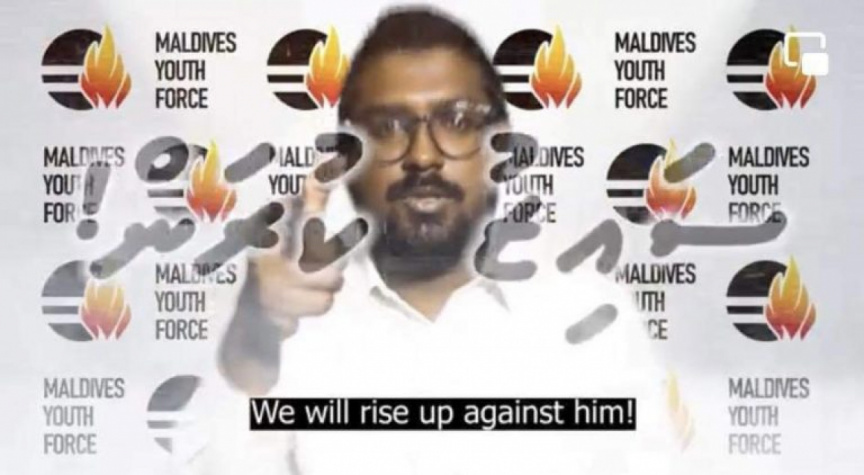 A case has been filed with Maldives Police Service regarding the threat against opposition leader, former President Abdulla Yameen Abdul Gayyoom claiming he would be put to his place.

A video publicized on social media under the name ‘Maldives Youth Force’ – shows a man who states that a former Maldivian president was working to diminish the country; something they would not let happen. The man also refuted allegations that Maldivian security forces are under the influence of a foreign nation.

“We are Maldives Youth Force. We are rising to put that person to place,” the man in the video had also said.

Although Police have yet to make a statement regarding the threat – opposition coalition have confirmed that a case has been filed with the authority regarding the matter.

In this regard, Progressive Party of Maldives (PPM) stated that they have requested the Police to investigate the threat made against Yameen via a video publicized by a person on social media last night.