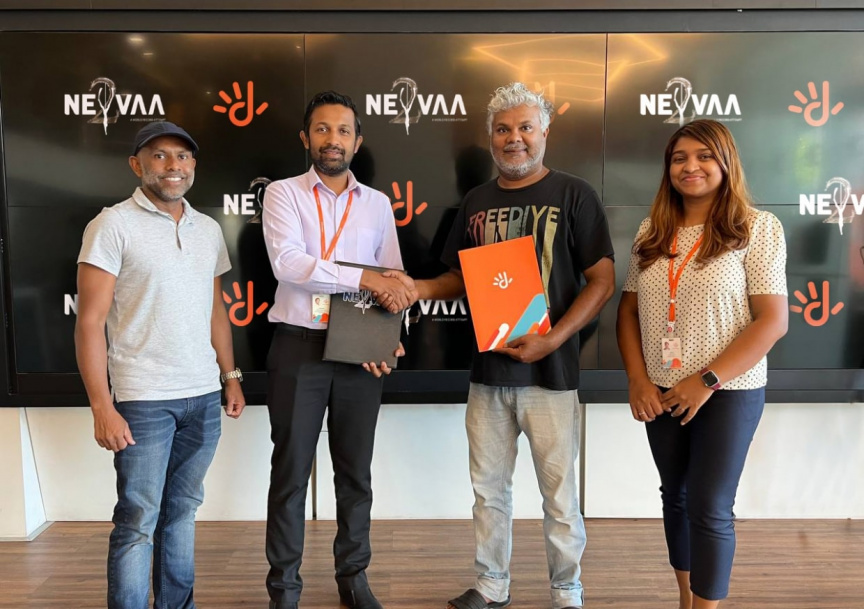 Dhiraagu signs as digital partner for Neyvaa 2 on April 24, 2022. (Photo/Dhiraagu)

The partnership agreement was signed at the Dhiraagu head office in Male’ City on Sunday.

The record-breaking attempt, scheduled for October 1, is organized by Maldives Freediving Association to commemorate 50 years of tourism in the Maldives.

Dhiraagu said that one of the main objectives of the event was to promote the passion for free driving and highlight Maldives on the map for free divers worldwide.

Divers will be joining the event from 11 locations across the Maldives.

The organizers plan to record a documentary throughout the whole event which is planned to be released on major streaming platforms.

Neyvaa was initially held on October 1, 2019 and was a successful attempt to break the Guinness World Record of the highest number of freedivers diving together simultaneously with 521 participants.

Dhiraagu said that as the digital transformation partner for the Maldivian hospitality industry, the company was happy to support initiatives to celebrate the great milestone of 50 years of tourism in Maldives.