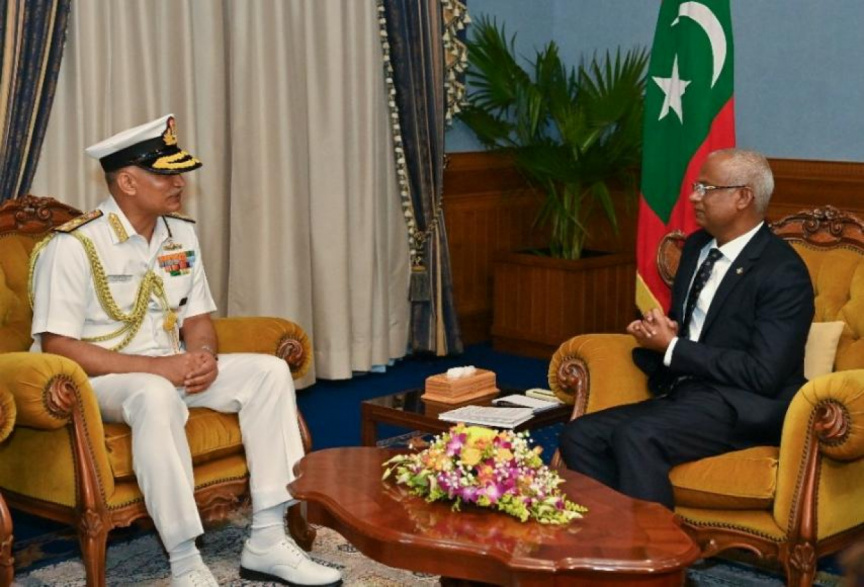 President Ibrahim Mohamed Solih on Tuesday said that defence cooperation was an integral aspect of the Maldives-India relationship.

Speaking during the meeting held at the President’s Office with the Chief of the Naval Staff of India, Admiral Radhakrishnan Hari Kumar, the President went on to note that military cooperation between both countries has increased over the past three years.

At the call, the President welcomed the Admiral to the Maldives.

During the meeting, the Admiral assured the continued cooperation in the defence sector, citing that India and the Maldives hold numerous joint exercises, maritime safety, and patrolling in the Exclusive Economic Zone (EEZ).

Concluding the meeting, President Solih wished the Admiral a fruitful visit to Maldives.