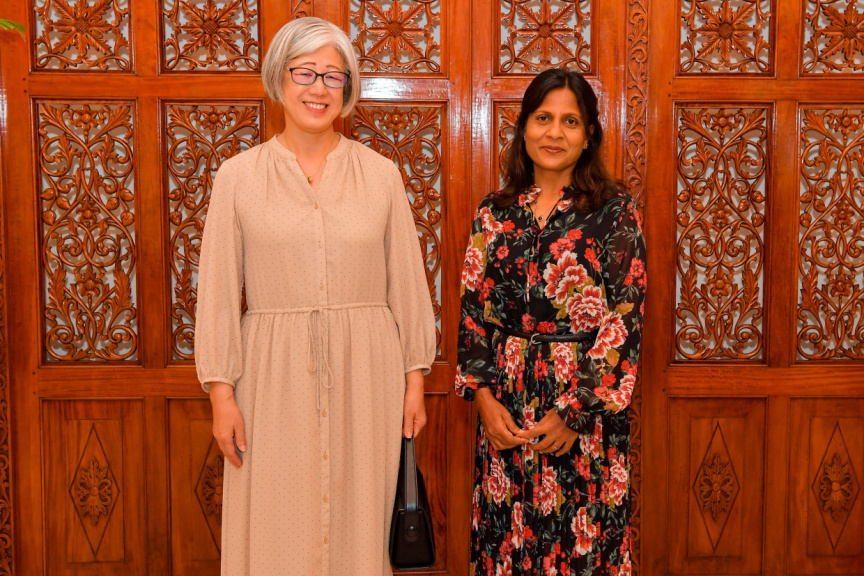 The Ambassador of Japan to Maldives, Takeuchi Midori, on Tuesday paid a courtesy call on First Lady Fazna Ahmed.

During the meeting held at the President’s Official Residence, Mule'aage, the First Lady and Ambassador spoke about the two countries' long-standing cooperation and bilateral ties.

Expressing her gratitude for all the contributions made by the Japanese government across all sectors of Maldives, First Lady Fazna particularly highlighted Japanese aid to the Maldives in the education sector.

Meanwhile, the Ambassador went on to note that this year marks the 55th anniversary of the establishment of diplomatic relations between the two countries.

Moreover, she shared her ideas for a vibrant commemoration of the occasion.

According to the President’s Office, both spoke extensively on various topics including culture, people-to-people connections, and prospects for collaboration in the education and social sectors, and expressed hope for further strengthening relations through collaborations on shared interests.

The Maldives and Japan established diplomatic relations in 1967.