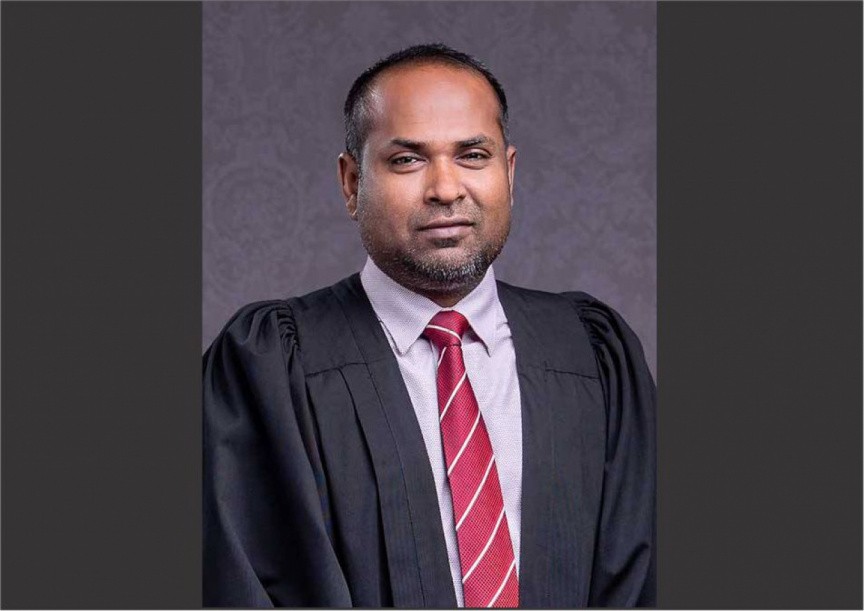 Ali Sameer who resigned from his post as a judge in High Court.

In a statement released today, Judicial Service Commission (JSC) said that Ali Sameer had resigned from his post effective immediately.

The statement also read that his resignation from the post removes him from his position as a member of the Judicial Service Commission.

However, the reasoning behind his resignation was not disclosed in the statement.

Ali Sameer had served as a judge for over 14 years. He was first appointed to the High Court in 2011. Prior to that, he had worked at the Civil Court. In this regard, he had been Civil Court’s Chief Judge as well.

Sameer represented High Court in Judicial Service Commission as the member elected by High Court judges from December 5, 2019 until today.

He attained his degree in Shariah Law from Egypt's Al-Azhar University and completed his Masters’ in Corporate Law from International Islamic University in Malaysia.