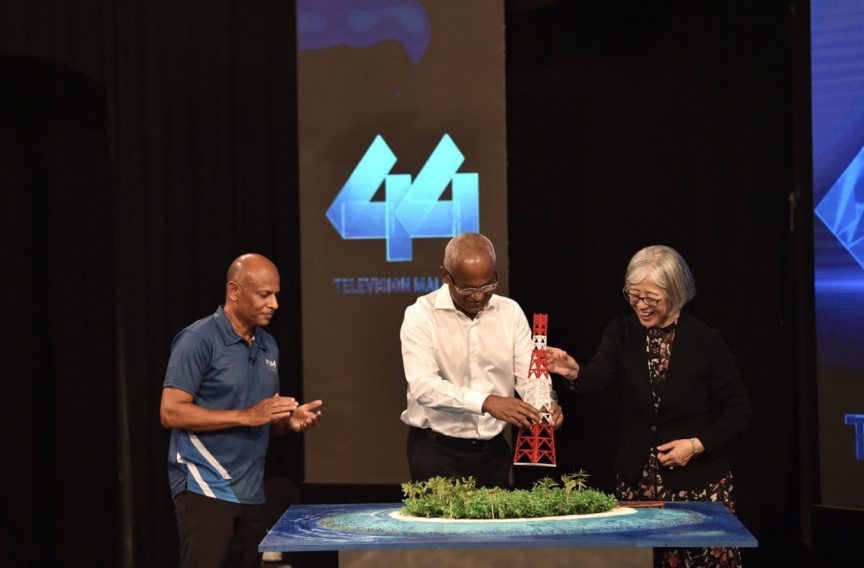 The project was inaugurated in a ceremony held at PSM’s TVM Building in Male’ on Tuesday evening.

The project is being conducted with grant assistance from the Japanese government.

Work on the project began in February, and is expected to be complete in 2024.

Once the project is complete, eight local channels will be available in HD for 90 percent of the Maldivian population, free of charge.

The inauguration of the project was attended by Japanese Ambassador Takeuchi Midori and other top officials.