Heirs of Miruza grant forgiveness to his assailant 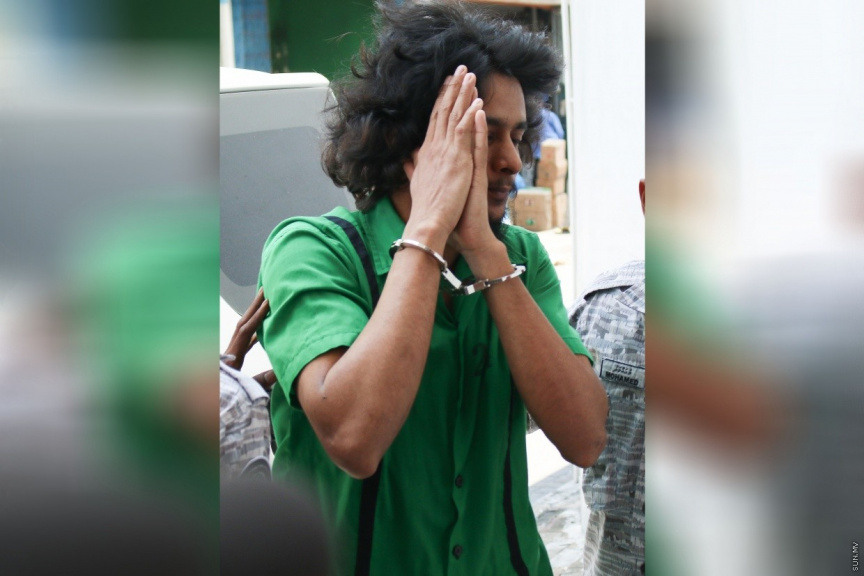 Abdulla Nazeef – Xavier, Fuvahmulah: He was sentenced to the death penalty in connection to the murder of Ahmed Miruza – White House, N. Maalhendhoo. (Sun photo/Iruthisham Mohamed)

The heirs of Ahmed Miruza – White House, N. Maalhendhoo, on Tuesday made the decision to grant forgiveness to Abdulla Nazeef – Xavier, Fuvahmulah, who was sentenced to death for Miruza's murder.

During the court process, all through Criminal Court and High Court the heirs of Miruza maintained that they wanted the death sentence.

The sentence was appealed at Supreme Court on behalf of Nazeef and was almost at the sentencing stage when the court received a letter from Miruza’s father.

Subsequently, a hearing was held with all of Miruza’s heirs to determine the authenticity of the letter in which the father has stated that he has granted forgiveness to his son’s assailants.

During the hearing, Miruza’s father confirmed that the letter was indeed from him, and stated that he made the decision after Nazeef’s representatives met requested it on his behalf.

In addition to Miruza’s father, the remaining three heirs also said that they too grant forgiveness, in a move to support the decision made by their father.

From the initial stages of investigation all through the lower courts sentence, Nazeef has maintained he is innocent. Hence, Justice Husnu Al Suood – who was on the judge's panel questioned whether Nazeef was accepting he was guilty.

However, a direct response was not given to this question.

Meanwhile, Miruza’s father stated his belief that someone will seek forgiveness only if they are guilty of a crime. He added that the decision to grant forgiveness was made after consulting with a religious scholar and that he was not forced or intimidated in any manner.

Nazeef’s lawyer said in response that despite his client maintaining his innocence, his family and friends have communicated with Miruza’s family. Additionally, the lawyer highlighted that though his client did not commit a crime, he was sorrowful over the loss of human life.

As per the Sharia law, the death penalty is only given if all the heirs are in agreement, and will not proceed even if a single one of them disagree with it. In Maldives, despite the death sentence being given, it has not been carried out. Instead, those who receive a death sentence remains imprisoned for life.