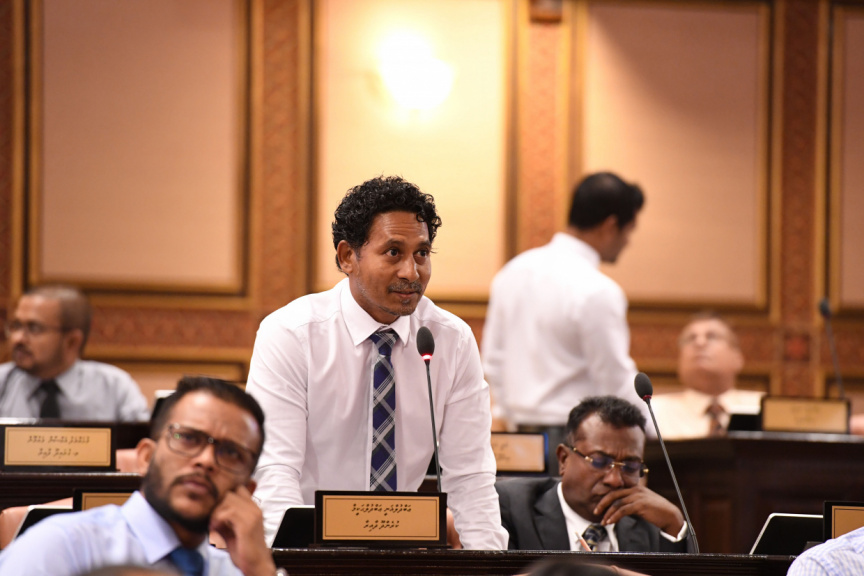 Parliament member for Kendhoo constituency Abdul Ghanee. The High Court has maintained the Civil Court's ruling for the MP to pay over half a million in debt on March 9, 2022. (Photo/Parliament)

In addition to this, Alia has filed to obtain legal expenses of MVR 68,305, bringing the total to over half a million. The payment has to be made all at once.

As Ghanee is the Managing Director of the company and had signed on the agreement that was previously made regarding the payments, Alia had filed the case against him.

The Civil Court ruled in favour of Alia on October 17, 2019. Subsequently, the ruling was appealed on behalf of Ghanee at the High Court, with his main argument being that he does not have to take responsibility for this debt.

However, the High Court ruled to uphold the Civil Court’s ruling on Wednesday, March 9. The decision was made unanimously, with all three judges on the bench – Presiding Judge Mohamed Faisal, Judge Shuaib Hussain and Judge Abdul Rauf Ibrahim coming to an agreement.

In the ruling, it was highlighted that since Ghanee had signed as a guarantor, and as per the agreement, he would have to bear the responsibility of the debt.

When the trial for the case began, Ghanee had not been elected to Parliament. However, when the Civil Court’s ruling came in 2019, he was elected as the Parliamentarian for Kendhoo.

Under Article 73 of the Maldivian constitution any member of the Parliament that “has a decreed debt which is not paid as provided in judgement,” the member would be disqualified immediately.