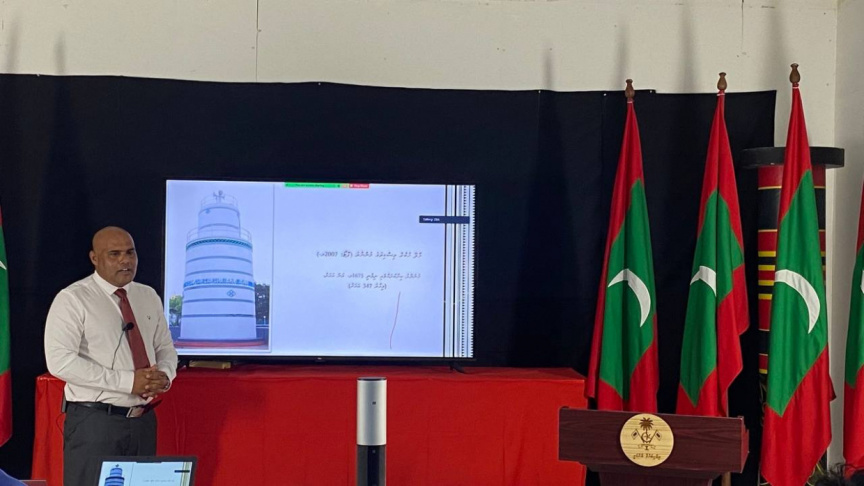 About two thousand students from 60 schools took part in the sessions that were taken by Command Surgent of Maldivian National Defense Force (MNDF), Major Abdulla Saeed.

In addition to schools, students from Maldivian National University (MNU), Islamic University of Maldives (IUM) and some other colleges attended as well.

During the session, he shared information about the various historically significant sites in Maldives. Pictures of the sites – both old and new, from southernmost Addu to Ha. Baarah were shared, along with why they were built and other information was relayed to the students.

Major Saeed further spoke of the way Maldivian history interlinks with tourism, highlighting the importance of sharing that information with tourists and urged to bring that to their attention.

Noting that there are many sites that can be shown to tourists, he stated that the recently concluded yacht rally ‘Savaadheetha Dhathuru’ in Maldives, also showed that.

Speaking at the session, the President of the Dhivehi Language Academy Dr Ashraf Abdul Raheem called to conduct studies on such historical sites, and use the findings of that to build the future of the nation.

He also expressed his gratitude towards school managements and students for their interest and support in these sessions.

This year marks the fifth year to celebrate National History Day. This year’s theme was “Maldivian History and Tourism” – in line with the Maldives’ celebration of the 50th year of tourism.