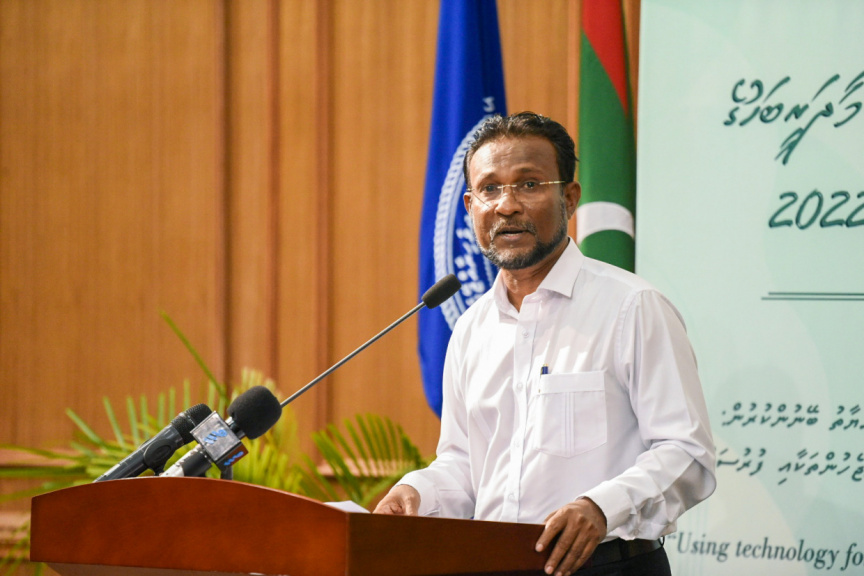 He made the comment in his speech at the function held by the Dhivehi Bahuge Academy and Maldives National University Student Union’s Faculty of Arts branch – Students Initiative of Arts (SIA) to celebrate the International Mother Language Day on Monday evening.

Ashraf said that more subjects taught in Dhivehi medium, in addition to Dhivehi language, must be introduced to the Maldivian school system – including subjects that teach students about how Maldives embraced Islam, and about Maldivian craftsmanship, the environment, and fisheries science.

“The certificate must be something that warrants a pay increment and promotion,” he said.

Ashraf said he believes the Dhivehi language will live on for future Maldivian generations.