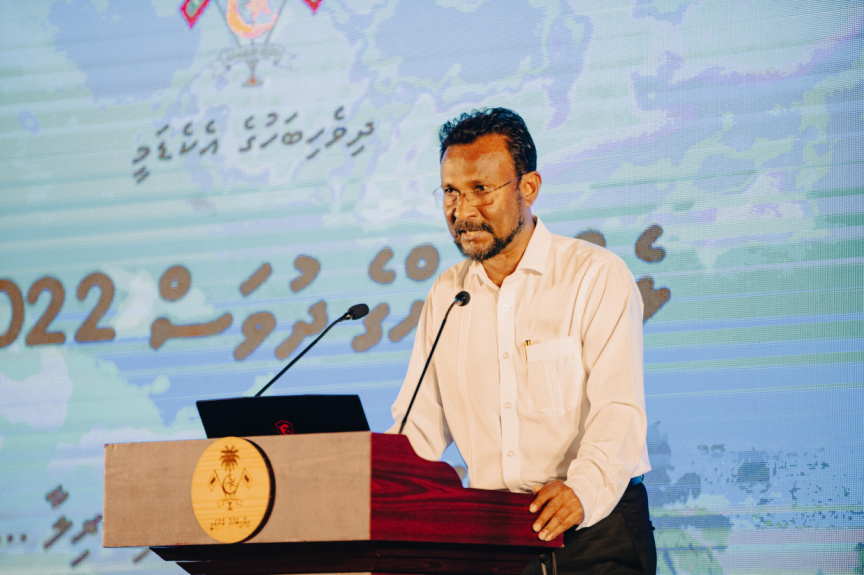 At a special ceremony held to mark the Poet’s Day at Gaazee School in Hulhumale’ last night, three poetry books were launched.

The three poetry books that were launched are books containing the poetries of Jaufar Kamaluddin, Khayaalathenaseem and Utheemu Adam Abdul Rahman (Utheemu Adambe), who this year’s National Poet’s Day is dedicated to.

During last night’s ceremony which saw the participation of many renowned local poets, the poets had academically criticized poetry and the recitation of poetry.

Dhivehi Language Academy’s President Dr. Ashraf Abdul Raheem also spoke at the ceremony. In his speech, he thanked all individuals that had contributed to successfully pulling off the celebratory activities of National Poet’s Day.

Noting that International Mother Language Day was coming up, Dr. Ashraf said that colorful celebratory activities will be held in collaboration with a unit of Maldives National University’s Student Union, Student Initiative Arts (SIA). He also noted that the ceremony which will be held to mark the day will include a segment on debating in poetry.