Family of local woman arrested in India over drug case in shock, denies her involvement 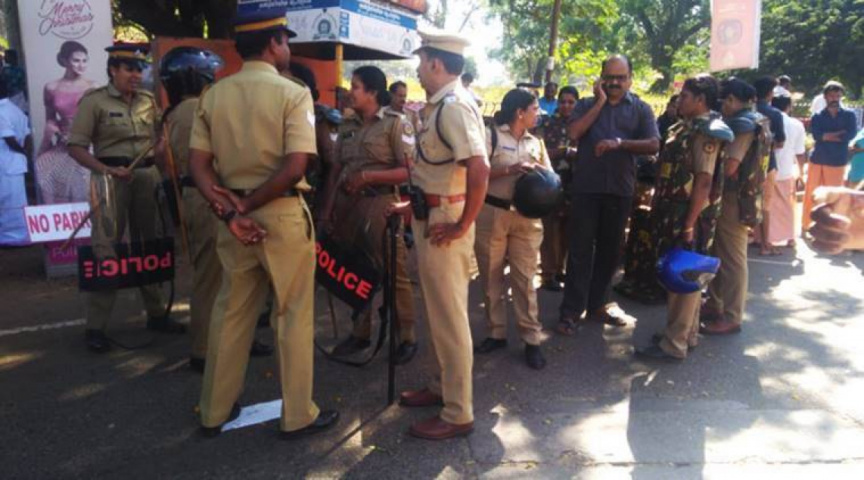 Indian police in midst of an operation at Cochi, India. (Photo/Indian Express)

Aminath Rasheeda, 58, B, Eydhafushi, is an entrepreneur who imports different products from foreign countries to sell them. It has been many years since she has been in this business.

Subsequently, she often spends time abroad on business trips. Her family was met with utter shock when they received the news of Rasheeda being arrested upon her arrival at Cochi, India, over the drug case on Saturday.

Rasheeda who was arrested by India’s Narcotic Control Bureau (NCB) under suspicions of trying to smuggle drugs from Mubai to Maldives is presently still in custody. At the time she was arrested at Cochi International Airport, she had arrived alone to India, on a business trip. Indian news outlets report that NCB has been tailing Rasheeda since December.

Rasheeda who has four children and six grandchildren mostly imports plants, fabric and clothes to Maldives. She commonly visits India, Sri Lanka, Dubai and Bangkok on business trips to purchase these products.

A family member of Rasheeda who spoke to Sun under the condition that the identity be concealed – alleged that the whole situation is a jointly planned scam against Rasheeda by a Maldivian residing at India and her cargo agent. The family member identified the cargo agent as an Indian national.

“This is a scam committed through a Maldivian living in India’s Bangalore. The other person involved in this is an Indian national named Arif. That is the cargo agent which sends products from India to Rasheeda. This is a scam planned by these two people. I can guarantee you this,” the family member had said.

Indian news outlets report that NCB officials intercepted a parcel of a courier company on that day, which contained 3.9 kilos of drugs concealed in an electric appliance. NCB states that the parcel, which was headed to Maldives, was addressed to Rasheeda.

Stressing that the cargo agent and the Maldivian living in Bangalore are aware of Rasheeda’s personal details, including her address, the family member said that it would have been very easy to create a parcel under Rasheeda’s name. The family member also noted that no drugs have been discovered on Rasheedha so far.

“If the address is known, anyone can make a parcel under the name. Even we do not know how this parcel had come out. But, no drugs have been discovered from Rasheeda,” the family member had said.

Speaking further, the family member noted that Rasheeda does not have a criminal record in the Maldives or any other country.

When Rasheeda was presented to Angamaly Magistrate Court yesterday, she was remanded for three days.

Family members have been working on freeing her with help from lawyers – however, have not been successful in their efforts so far. Rasheeda who has multiple health conditions remain in custody.

When asked for a statement regarding Rasheeda’s case from Maldivian Police Service – they had opted not to say anything.

Rasheeda, who had devoted most of her life to her business, is being suspected of a major crime. Should the charges against her be proven, she would be sentenced to prison. Her family reiterates her innocence, stressing she had been scammed.