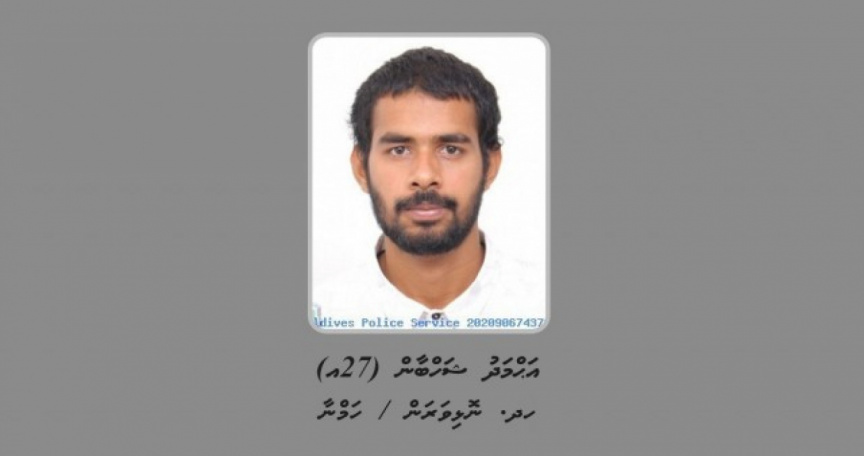 B. Eydhafushi Police Station is searching for man to be interrogated in connection to a case of blackmail and threatening.

They further detailed that the current whereabouts of the suspect are unknown, leaving the agency unable to serve summons instructing him to present himself for questioning over a case of blackmail and threatening.

Police also noted that Shahban’s family is unaware of his whereabouts.

Therefore, the Police has asked Shahban to present himself for questioning as per Article 27 of Police Procedure Code on the Investigation of Criminal Cases.

He was asked to present himself to Shaheed Hussain Adam Building, at 12pm on next Monday.