MP Nazil: Justice would have been served if coup leaders had been hanged 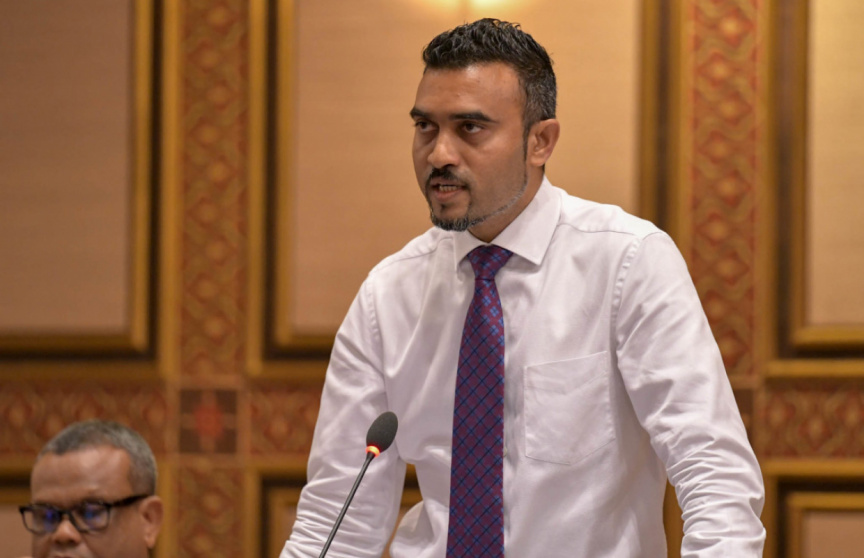 South Hithadhoo MP Ibrahim Nazil said on Tuesday that justice for the violence which took place on February 7, 2012, can only be served once the ‘coup’ leaders are hanged.

Taking part in the preliminary debate on the bill to amend Judges Act in order to allow female judges six months of maternity leave on Tuesday, the MDP parliamentarian said former President Mohamed Nasheed had faced intense pushback due to his efforts to reform the judiciary during his administration.

Nazil said that the events of February 7 were unacceptable to the people.

“We saw how the obsession towards a Criminal Court judge turned the government upside down,” he said.

Nazil said the events of that day – which led to the fall of Nasheed’s administration - had been a coup.

“It was a huge coup. The penalty for coup leaders is death by hanging. But that wasn’t done. The culprits weren’t served their just punishment,” he said.

“When we talk about justice, we would have received justice if those who carried out the coup had been hanged.”

What began as a series of protests in the Maldivian capital escalated after mutinous police and military officers took to the streets, leading to Nasheed’s resignation on February 7, 2012. The next day, he claimed he resigned under duress, and joined his supporters for a huge protest.

MDP continues to maintain Nasheed’s administration had fallen in a coup.

"Nasheed must take responsibility for February 8, 2012"