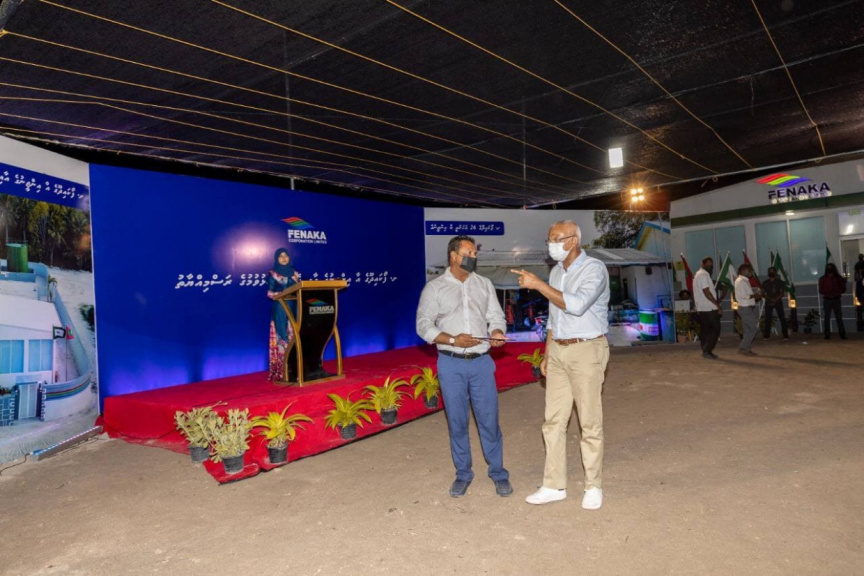 During his ongoing campaign trip to Komandoo constituency – President Solih, on Thursday night, visited Foakaidhoo, and shut down the old powerhouse which was used in the island for over 26 years.

Speaking at the inauguration ceremony of the new powerhouse – President Solih noted that ensuring essential services to all citizens is one of his electoral pledges. On this note, he added that the work carried out by Fenaka Corporation to develop the new powerhouse is part of the efforts in fulfilling that pledge.

In this regard, Saeed stressed that the new powerhouse will have the capability to provide the most up to date services 40 years into its establishment as well. He also added that Foakaidhoo’s electricity view has been switched to an HV network.

“The island will now have installed a capacity of 1.2 megawatts. The powerhouse was designed with the possibility that the capacity might need to be increased in the future in mind,” he detailed.