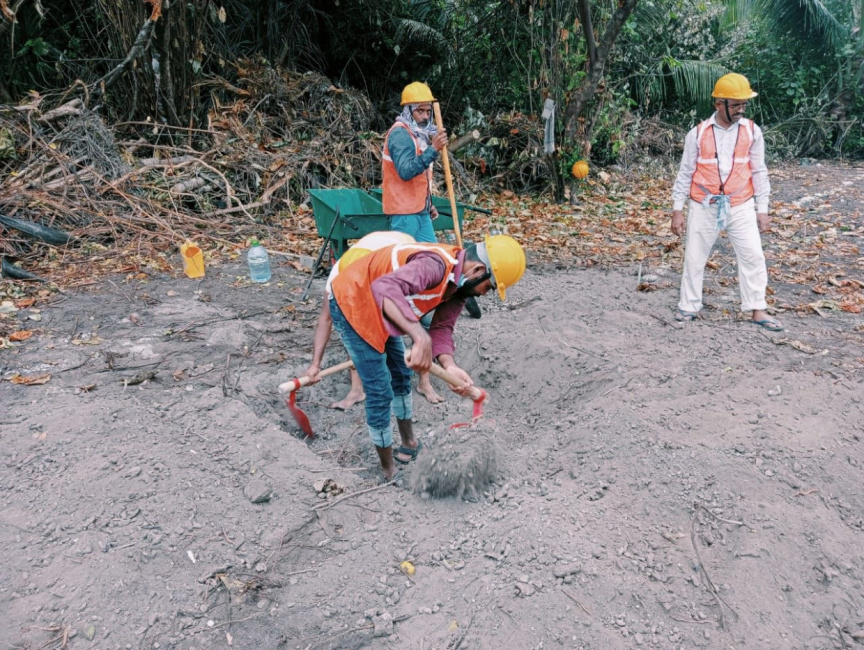 Baarah Council’s president Saffath Mohamed told Sun on that the contractor is preparing the project site.

Saffath said that Baarah is facing a shortage of clean water, as the ground water is contaminated and gives off a foul stench.

“Well water from the newly populated area is not suitable even for bathing. As it is where the wetlands were previously located, the water is severely contaminated,” he said.

Saffath said that the sewerage project in Baarah had been initiated during the last year of former President Abdulla Yameen Abdul Gayoom’s administration, but had been re-started because some of the work had been incomplete.

“When the sewerage work was done, some of the work was incomplete. So, we have therefore contracted that work to Fenaka,” he said.

Both the water and sanitation project in Baarah are financed through the USD 800 million line of credit from India’s EXIM Bank.

34 more similar projects across Maldives are being financed through the facility.