Maldivian President: India inspires hope for democracies across the world 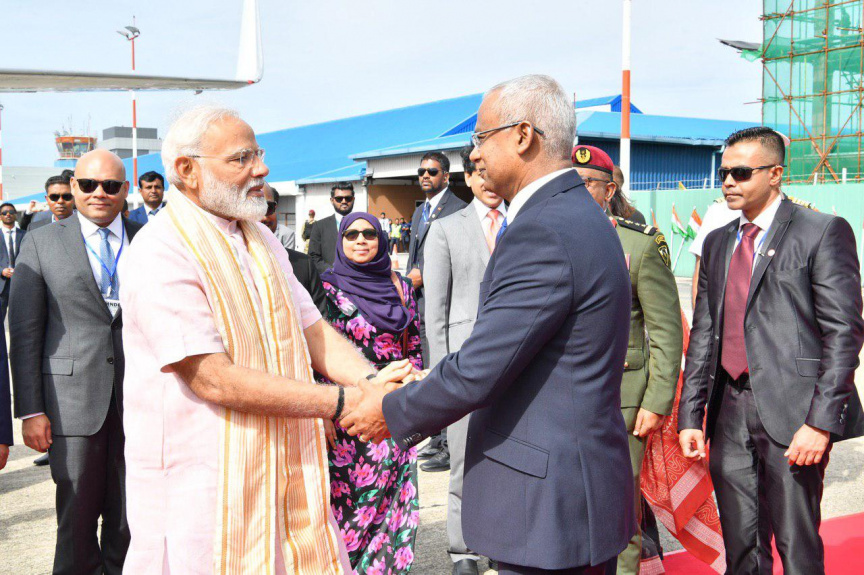 He made the remark in a tweet on occasion of India’s 73rd Republic Day greetings on Wednesday afternoon.

“India’s republic, its democratic institutions and constitutionalism continue to inspire hope for democracies the world over,” he said.

"On this day we celebrate the founding of the Indian republic and India's democratic Constitution, which has inspired countless democrats across South Asia and the world,” he said in a tweet.

Mariya, in a tweet, wished the government and people of India joy, progress and prosperity.

"May Maldives and India remain solid partners and committed in our efforts to vault our respective republics to greater heights of success for the good of our people and communities,” she said.

Shahid, in a tweet extending greetings on the occasion, described India as Maldives’s most trusted friend and closest neighbor.

“May the long standing #MaldivesIndiaPartnership continue to flourish and thrive, delivering mutual benefits for our peoples,” he said.

He also delivered a short video message during a ceremony held by the Indian High Commission in Male’ to celebrate India's Republic Day.

India marks its Republic Day on January 26, in celebration of date on which the Constitution of India came into effect.