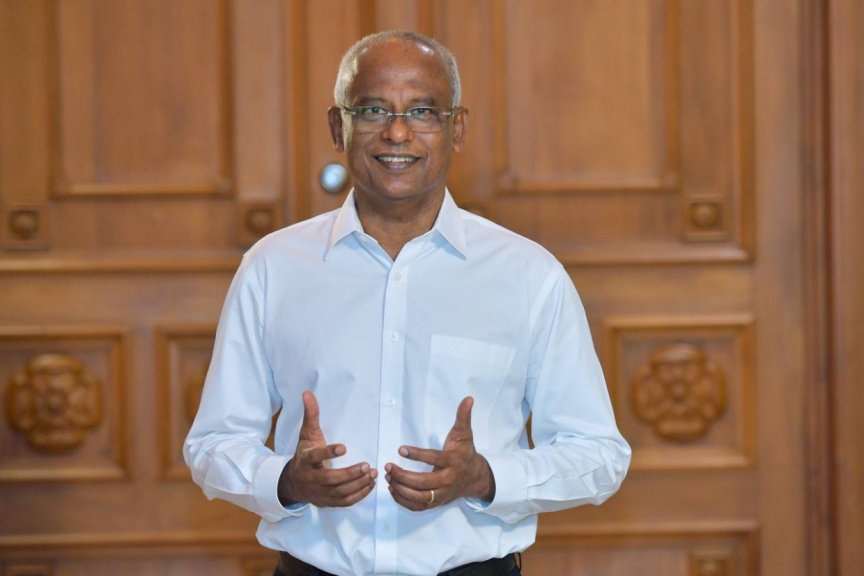 The President made the announcement in a tweet on Saturday morning.

President Solih said he learnt he had contracted COVID-19 when that he underwent testing on Friday night in preparation of embarking on a tour of the atolls.

“By the Grace of Almighty Allah, I am doing well,” he said.

President Solih said he is currently in home isolation.

Maldives is currently battling a surge in COVID-19 cases, fueled by the new and more contagious omicron variant.

The sample positivity rate in the heavily populated greater Male’ area, which stood at three percent at the end of last year, has now risen to 21 percent.

The rise in cases has led to implementation of new restrictions in the greater Male’ region, including mandatory PCR testing for outbound domestic travelers, ban on gatherings of more than 50 people, and ban on supporters from stadiums.