Villa Air: Kaadedhdhoo harbor will be fixed once airport handed over 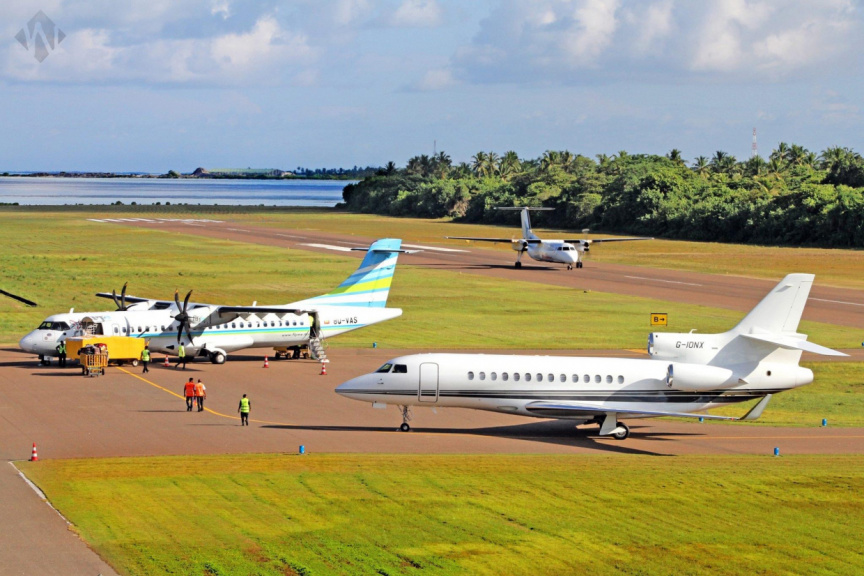 Villa Air states the damage to the harbor at GDh. Kaadedhdhoo will be fixed as soon as the island’s airport is handed over to the company as ordered by the court.

The Kaadedhdhoo Airport was handed over to Villa Air for development for a period of 50 years. However, the agreement was terminated during former Maldivian President Abdulla Yameen Abdul Gayoom’s administration in 2017, and the airport was seized from the company.

The decision led to Villa Air filing a lawsuit against the state with the Civil Court. The Civil Court ruled the termination of the agreement to be unlawful, and ordered the state to hand over the airport back to Villa Air in 2018. The ruling was upheld upon appeal at the High Court, and by the Supreme Court in May 2021.

Eight months on, the Transport Ministry has yet to hand over the airport to Villa Air. Villa Group is owned by Qasim Ibrahim, the husband of Transport Minister Aishath Nahula.

The main jetty of Kaadedhdhoo, which houses the country’s oldest regional airport, collapsed last Friday – obstructing travel in and out of the island. The large section of the jetty collapsed after the sand underneath slid.

Villa Air’s Managing Director Abdulla Nashid told Sun on Saturday that the company’s top officials conducted an inspection of the condition of the airport late last year, and plan on building a new harbor in the island.

Nashid said that however, the company cannot initiate any work until the airport is officially handed over to them.

“We will begin fixing it the moment the airport is handed over. A site inspection was conducted at the top-level of this company,” he said.

“We will proceed with everything as agreed with the government once the airport is handed over.”

Nashid said that Villa Air has done everything on their side for the agreement, and hopes the government will begin work on their side soon.

“We are doing follow-up every day. We hope the airport will be handed over to us as soon as possible,” he said.

With the main jetty to one of the busiest domestic airports in Maldives shut down, Maldives Transport and Contracting Company (MTCC) has initiated work providing a temporary fix to the issue.

Road Development Corporation (RDC) had been contracted to conduct a survey to redevelop the harbor in April last year. However, the project was halted after the state lost the appeal over ownership of the airport a month later.

Kaadedhdhoo Airport to be handed over to Villa in Feb