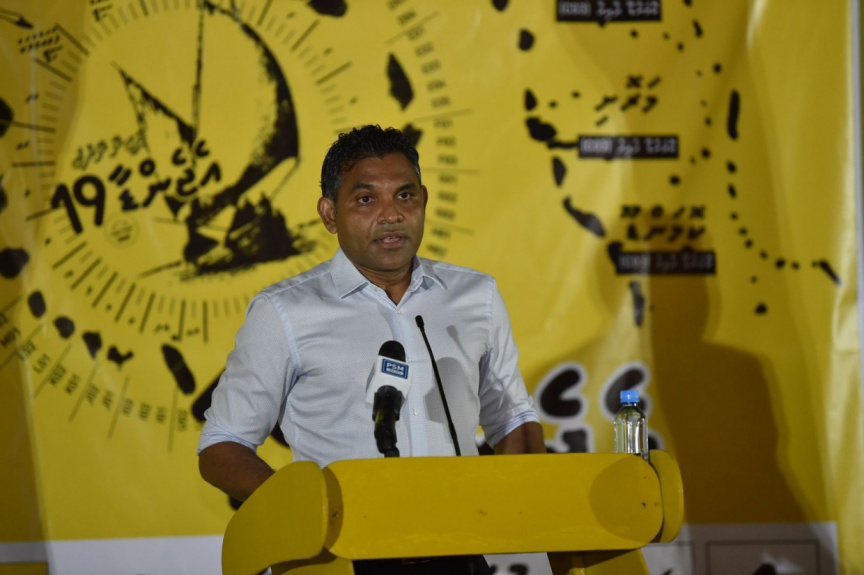 Vice President Faisal Naseem said on Saturday that islands outside the greater Male’ region were badly neglected during the previous Maldivian administration.

He made the comment at an MDP campaign event in Sh. Komandoo on Saturday evening.

At the event, Faisal said the former administration had focused its development projects on a specific region, leaving other islands without access to essential services such as clean water and sanitation.

“In many islands, people still shower with untreated water. We are left unable to get clean. These services, especially sanitation services, are being established in many of the islands now,” he said.

He also said that the MDP was making more effective use of the majority it enjoys at the Parliament than PPM had, when it had enjoyed majority at the Parliament during former President Abdulla Yameen Abdul Gayoom’s administration.

“They had majority then. One party had majority. But what did they do with their majority? Did they do anything that made things easier, more convenient for the people?” he asked.

He said the first thing MDP did when they secured majority at the Parliament was to amend the Decentralization Act, empowering local councils and expanding access to essential services.

Faisal said there wasn’t a single island the current administration wasn’t conducting development projects in, and that the people continued to have access to services, even through the worst of the COVID-19 pandemic.

He said that it was the current administration which fulfilled the needs of Komandoo constituents.

Vice President returns from official visit to US