CP Hameed: Operation by security forces is to counter gangs 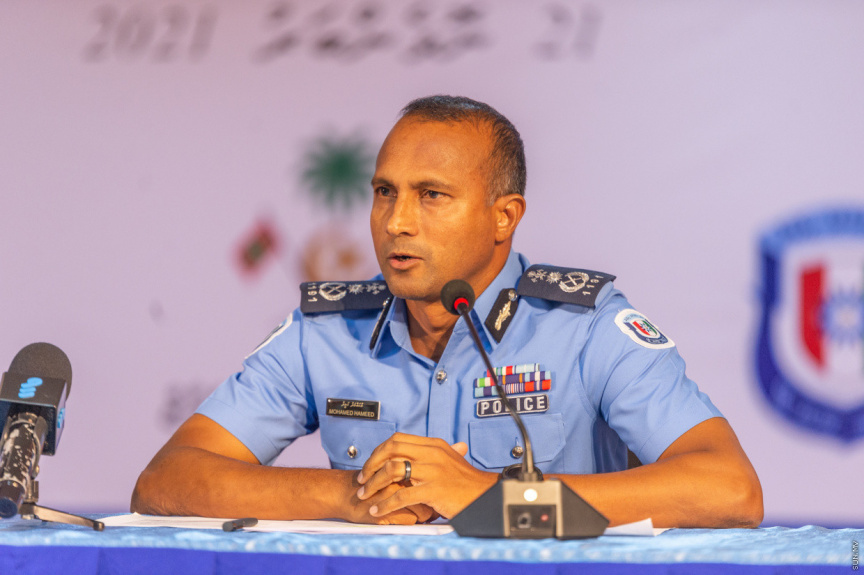 Speaking to Sun tonight, CP Hameed said that the operation is carried out by the taskforce formed at the initiation of President Ibrahim Mohamed Solih, for the purpose of ensuring the nation’s peace and security.

“This operation is carried out by a taskforce formed by the President. Its purpose is due to the increased gang crimes across the Maldives, especially in Male’ area,” he had said.

He added that the main purpose of carrying out the operation is to ensure that Maldives is a peaceful place.

“The purpose of this is to stop them from gathering at these locations and driving on cycles as they do in Male’ streets amongst other things in a manner which creates fear amongst the public within the confinements of law,” he had said.

Speaking further, CP Hameed stressed that work carried out by the Police is that of extremely dangerous. Nevertheless, he said the aim is to make the operation a success and ensure a peaceful environment.

In this regard, he said that security forces will surveil the streets of Male’ during the hours which gangs become active on the streets – with the operation will be particularly heightened during midnight hours.

He also added that although the operation which kicked off with a long-term plan is construed to Male’ area at present – it will expand across the country in the future.

Mere minutes after a joint press statement was released last night regarding such an operation being underway – streets in Male’ area were filled with officers.