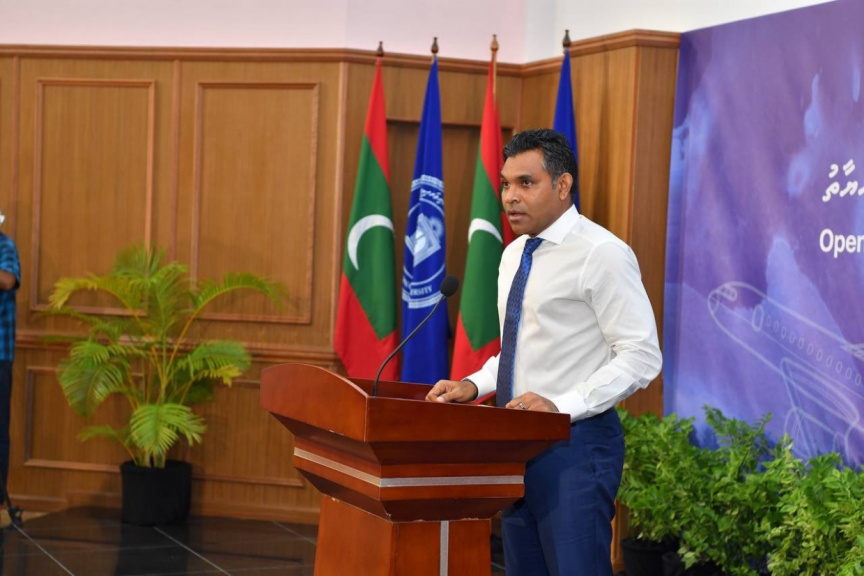 He made these remarks while speaking at the inauguration ceremony for the Maldivian Aviation Academy held at Maldives National University (MNU).

Speaking on the various concerns and challenges faced by Maldivian pilots enrolled in other training programmes, he noted the government wanted to kick start such a programme due to that.

The Vice President highlighted that the national airline Maldivian has initiated and been working towards a flying school for a while now.

The academy is a collaborative effort between Island Aviation Services Ltd., MNU and the Czech Republic-based Flying Academy.

Furthermore, he shed light on the progress attained by the aviation industry in the country and spoke about the importance attached by President Ibrahim Mohamed Solih and the administration to human resources development and capacity building.

Concluded his speech, the Vice President stated that there were plenty of opportunities available in the industry, and he urged those who will be studying at the new flight training school to make the most of them and to work together in order to give good service when they enter the industry.

The flying school's programmes are now open for enrolment; however, student pilots who have had to discontinue their training for a variety of reasons will be given precedence.

In addition to the VP, the opening ceremony was attended by Transport Minister Aishath Nahula and top officials from Island Aviation and MNU.

'Maldivian guesthouse toursim is an example to world'