CP Hameed: Police Academy to be brought to operation within next one and a half months 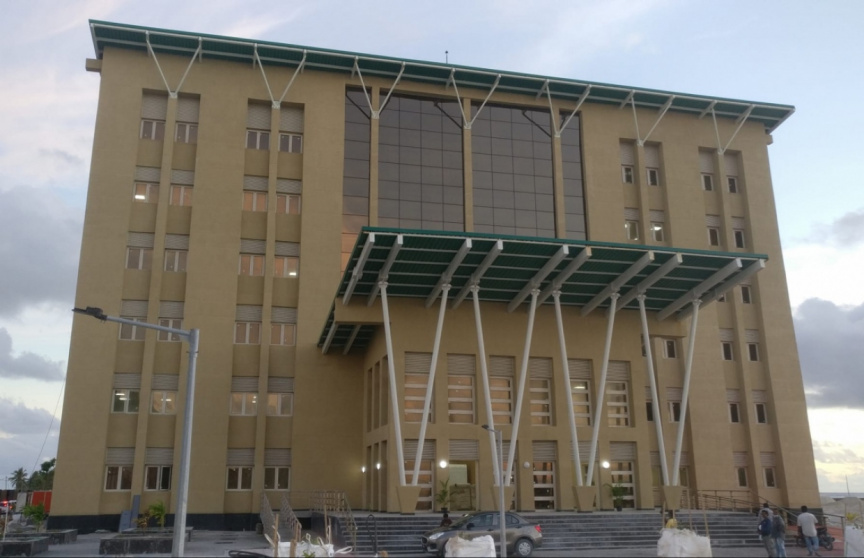 Commissioner of Police Mohamed Hameed has stated that the Police Academy being established at Addu City will be brought into operations with the upcoming one and a half months.

CP Hameed, and High Commissioner of India to the Maldives Munu Mahwar, has visited and inspected the site of the Police’s National College of Policing and Law Enforcement being built at Addu City, on Wednesday.

Speaking during this visit, CP Hameed said that work on the Academy was carried out at a fast pace. He added that the goal is to bring the Academy into operation as soon as possible.

In this regard, he said that currently, the plan is to bring the Academy into operation in phases, as it is built.

He further said that work on the Academy will reach full completion, and be officially inaugurated during next year’s March.

The Police Academy at Addu City is being built with grant assistance from the Government of India.