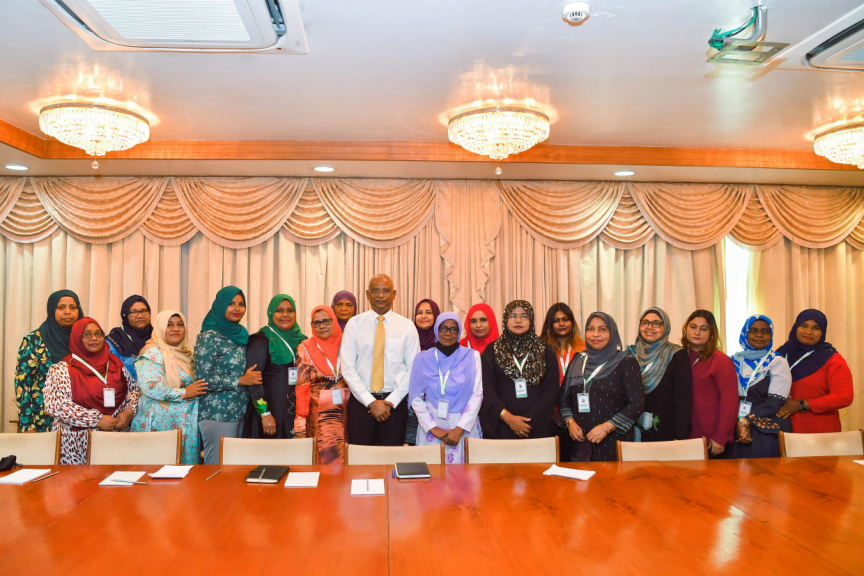 The discussions were held at the President’s Office, this morning. This is the President’s first meeting with the WDC of Male’ City, the first members in Maldives’ history to be publicly elected to the role.

President Solih described this as a feat pioneered by his administration to empower local councils and increase women’s roles in governance through amendments to the Decentralization Act. He described the amendments as of crucial significance, allowing greater powers and prerogatives to local councils.

During the meeting, individual members shared concerns raised by the respective constituents including issues related to housing, waste management, and other social issues faced by residents of Villimalé and Hulhumalé.

WDC members also briefed the President on their activities over the past six months. They also highlighted the challenges faced in their endeavors, such as the lack of proper facilities.

They also thanked the government for their decision to increase the allowances of WDC members.

Speaking at the meeting, President Solih expressed delight over the committees’ achievements, especially in advancing the status of women in Malé City. He also briefed the members on the latest development plans for the city and assured the members their concerns will be addressed.