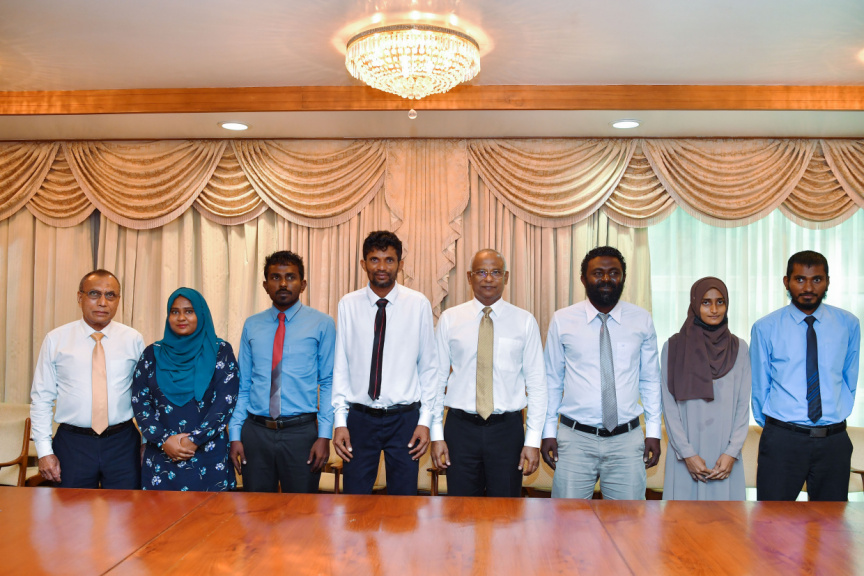 President Ibrahim Mohamed Solih has stated that the funding agreement for the hospital to be constructed at Th. Vilufushi – will be signed very soon.

President Solih said this during a meeting held with Vilufushi Council this afternoon.

Following this, President Solih noted that some of the projects at the island had to be halted due to budget constraints arising from the COVID-19 pandemic. However, he noted the several projects included in next year's budget for the development of Vilufushi such as the government's plans to carry out the construction of the airport harbor and hospital development projects.

President Solih also assured Councilors that the concerns they raised on behalf of the residents will be discussed with the relevant ministries in order to find speedy solutions for it.

Vilufushi Council to sponsor a resident for hajj yearly