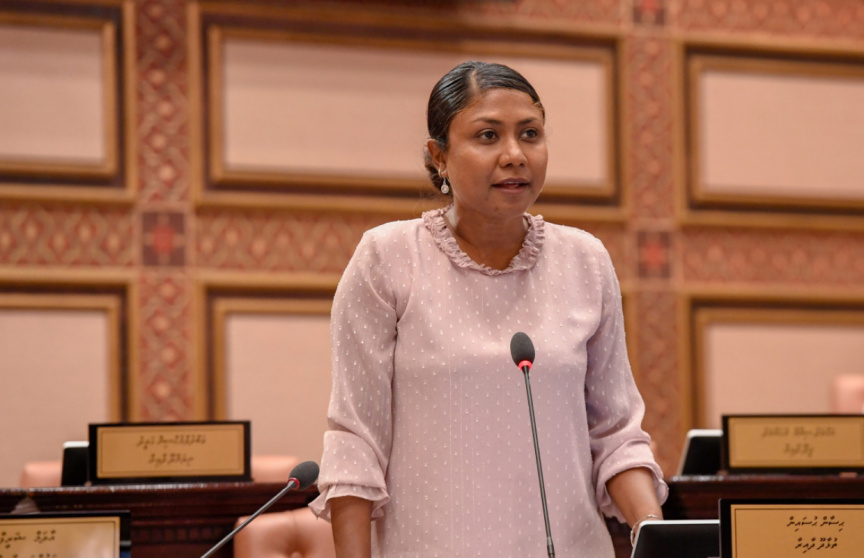 The Parliament, on Tuesday, passed the government bill amend the Penal Code to criminalize acts of hate.

The Judiciary Committee, which reviewed the bill, sponsored by Thulhaadhoo MP Hisaan Hussain, presented its report to the parliament floor on Tuesday. The committee had combined another bill, submitted by Hisaan in July, to the original bill.

The committee made four amendments during its review.

NO BARRIER TO STATING A HADD PRESCRIBED UNDER SHARIA

The committee said they made the change to detail circumstances in which describing or accusing a person of violating Islam or being a kafir or an apostate can be considered a criminal offense.

An amendment was also added to the bill, which removes obstacles from stating what the Quran or Sunnah prescribes in various matters.

DISPARAGING REMARKS AGAINST ISLAM A CRIME

The committee also added an amendment to criminalize making disparaging remarks against the religion of Islam.

The amendment states that spreading or taking part in spreading misinformation regarding Almighty Allah, Quran, Prophet Mohamed, Sunnah, or the religion of Islam through communication devices or any other medium is a criminal offense.

The bill also details some of the terms on the bill, adding TV, radio, phone, social media and other communication channels to the word “public”.

The terms “acts of kufr” and “words of kufr” will be considered acts and words undisputed among Islamic scholars who adhere to Sunnah.

Meanwhile, “apostasy” will be considered acts and words undisputed among Islamic scholars who adhere to Sunnah and where it is proven in a court in accordance with Islamic Sharia.