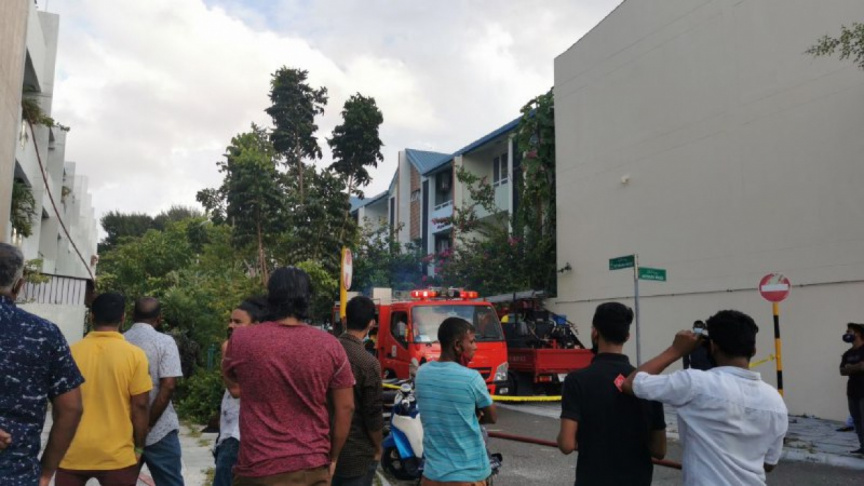 People gathered outside a row house in Hulhumale’ where a fire broke out on November 12, 2021. (Sun Photo)

National Disaster Management Authority (NDMA) has stated that the family affected by the fire caught at one of the row houses located at Hulhumale’ has not been relocated to temporary shelters.

The fire took place yesterday, at 16:00 hours on the 3rd floor of a row house located at Hithigasmagu 6.

While talking to Sun Online, a media official from the NDMA said that the families affected by the fire did not want to reside in temporary shelters and arranged accommodations amongst their family members.

He further said that it is not possible to tell how much damage has been caused by the fire at this point and assessments can only be made at the beginning of the coming week.

No one was injured due to this fire and Maldives National Defense Force (MNDF) was able to control the fire within approximately 30 minutes.

This is the second fire that took place from a total of three fire incidents at Hulhumale’ yesterday alone.