Dinghy out for fishing rendered assistance after capsizing 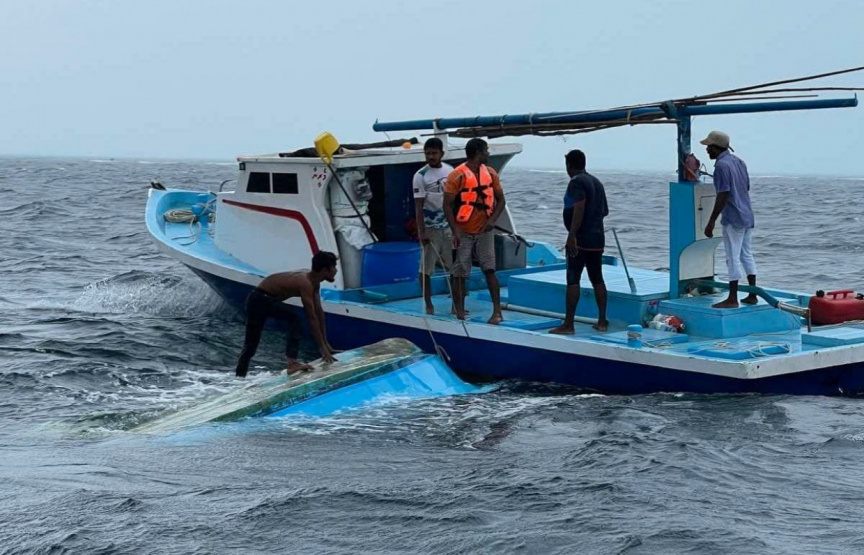 Dinghy out for fishing that had capsized on November 12, 2021. (Photo/MNDF)

Maldives National Defense Force (MNDF) has rendered assistance to a dinghy that was out for fishing between the islands, HDh. Nolhivaram and HDh. Nolhivranfaru, after it capsized.

The dinghy capsized after getting caught in a wave during a shower. Two men and two children were on board when it had capsized – however, no one was injured.

MNDF said that the incident was reported to them at around 15:40pm this evening – following which officers from MNDF Northern Area were dispatched to the scene.

At the time they had arrived – the four individuals on board had already been rescued by a passing vessel called ‘Marina’.

The four individuals were transported back to Nolhivaram by MNDF – and they had also assisted in turning the dingy over.

MNDF said that the dingy was successfully turned over and transported back to Nolhivaram in their Gulf Craft launch at around 17:15pm this evening.