Opposition: UTF agreement is unconstitutional, must be terminated 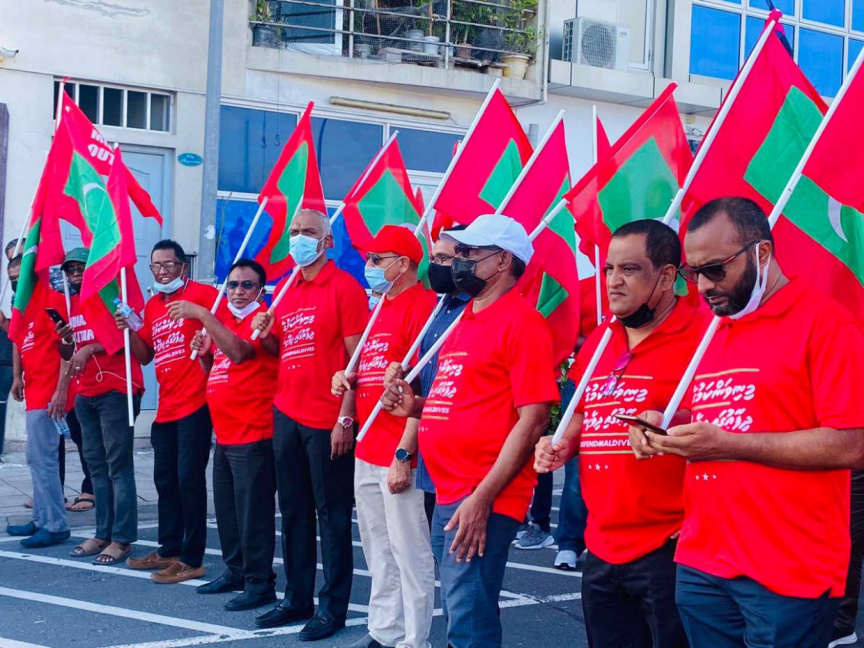 The opposition coalition, composed of PPM and PNC, states that the agreement between the Maldivian and Indian military to develop Uthuru Thila Falhu (UTF) base is in violation of the Maldivian constitution, and must be terminated.

The opposition said it served as further proof of the failure of the Parliament and the government to alleviate the concerns the Maldivian people have regarding the agreement.

“This coalition believes that instead of showing a copy of the document they said was the Uthuru Thila Falhu agreement from a screen, the committee is obligated to conduct separate reviews into each and every provision on the agreement,” said the opposition in their statement.

The opposition said that the presentation made by MNDF to the committee members on Sunday revealed that India had the power to give diplomatic immunity to officials in any field of their choice, and keep them stationed at the UTF base for over 15 years.

The opposition said that Maldives will lose its sovereign powers due to the agreement, and that it should therefore be immediately terminated.