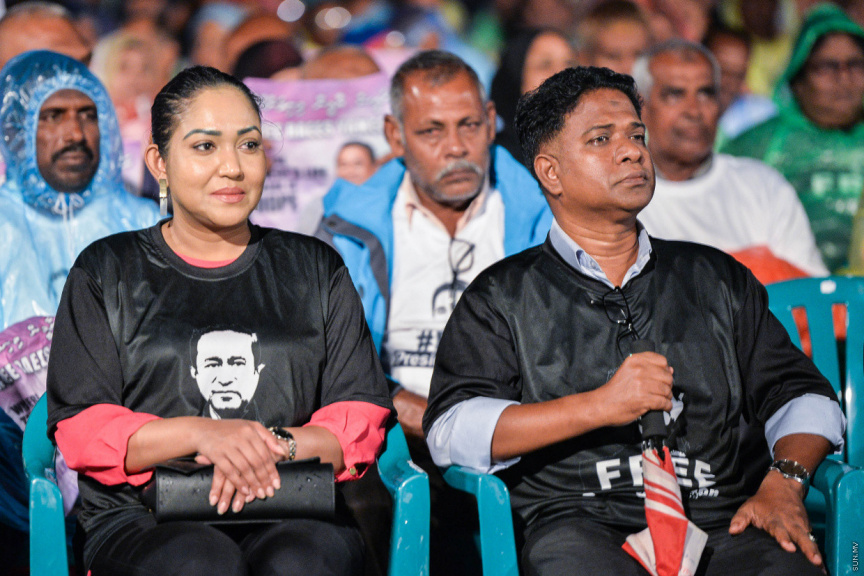 Progressive Party of Maldives (PPM) has suspended Nahula Ali, the representative of the Vilimale’ constituency in Male’ City Council, from party activities for a period of six months.

“Nahula has been suspended. That information is correct,” she said.

Heena said the councilwoman was suspended in response to a misconduct allegation lodged against her with PPM’s Disciplinary Committee.

“The decision was made following a review, after speaking to the parties involved,” she said.

Nahula, in addition to being barred from speaking in any of PPM’s events for the next six months, will also be denied the opportunity to contend in any internal elections for the next three years.

Heena said that Nahula was granted the opportunity to appeal the committee’s decision, and has lodged an appeal.

“We will take action because the allegations are sufficiently proved to warrant action right? That’s what actually happened. Nahula’s constituency is chiefly Vilimale’ right? Because of how Nahula acted in affairs related to the constituency, and because she couldn’t conduct the affairs as she wanted, we found she acted to obstruct Dr. Muizzu,” he said.

Nahula issued a statement on Monday evening stating that the interim leader of the opposition coalition, People’s National Congress (PNC) leader Abdul Raheem Abdulla told her that she had not been suspended.

“I clearly told Nahula she was taken action against. The claims in the statement are absolutely false,” he said.

Nahula was accused of orchestrating threats against some of her fellow councilors back in July – something which she denies.

PPM: UTF deal is unconstitutional, must be terminated