Minister: President Solih did not pledge to build an ice plant in Naifaru 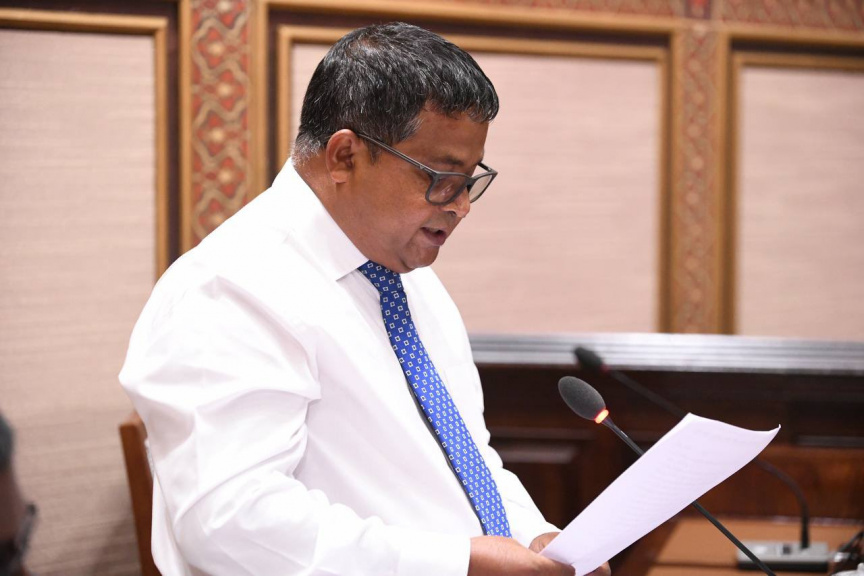 Responding to the question at the Parliament on Monday morning, Hussain said that President Solih met with local fishermen during a visit to Naifaru during the campaign for the presidential elections in 2018, but the fishermen did not ask him for an ice plant in the island.

Hussain said that he has an audio recording of the meeting with the fishermen, and that their top request had been to arrange for access to ice from Felivaru.

“Additional proposals were to build a slipway for the needs of the fisheries industry, to build an engine repair center, to ban diving to catch bait in Faadhippolhu [Lh. Atoll], and to ban trawling and net fishing in Maldives,” he said.

Hussain said the government has fulfilled some of the requests made by the fishermen, including reducing the rate of ice sold from Felivaru, and banning net fishing and trawling.

Hussain’s denial the President pledged to build an ice plant in Naifaru was met with protest from Shiyam.

Shiyam said President Solih had pledged to build an ice plant in Naifaru not just once, but on mutiple occasions.

“The ice produced in Felivaru isn’t enough. The fishermen know how Felivaru provides ice when they begin fishing properly. It isn’t just Naifaru that buys ice from Felivaru,” he said.