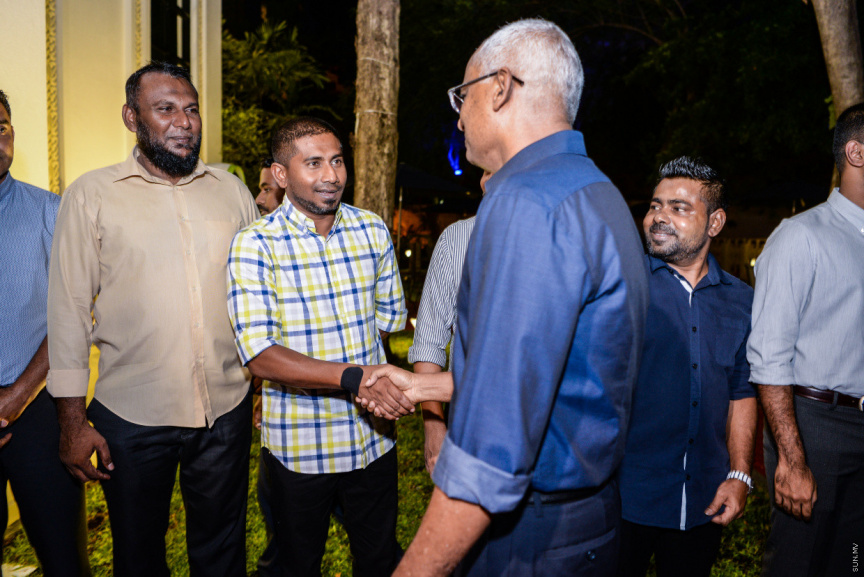 Mahloof had run for President of North Central Province against Moosa Naeem and Ali Shaheen Hussain.

Preliminary results show Mahloof leading the polls by a landslide, taking over 90 percent of the ballot boxes which have been counted so far.

Mahloof has initially been disqualified from the elections. The decision was revoked after Mahloof filed appeals with both MDP and Elections Commission on September 8, after which he toured the islands in the district.

The seat of President of Male’ was won by Shifa Mohamed. The former Male’ City mayor secured the seat by beating State Minister for Planning Akram Kamaluddin.

Akram has issued a short statement via Twitter conceding defeat.

“Even though I may have lost, I thank all the members who voted for me and all those who campaigned for me from the bottom of my heart,” he said.

The seat of President of Alifushi was won by Alifushi MP Mohamed Rasheed Hussain (Big A).

Big A – a President Ibrahim Mohamed Solih loyalist, won the seat after defeating Inguraidhoo MP Hassan Mohamed (Hassantay) - who is loyal to MDP leader and former President Mohamed Nasheed and openly supports the bid to switch to a parliamentary system.

Both won the seats by landslides.

735 candidates contended for seats in the MDP national council elections this Saturday, 165 of whom ran unopposed, and whom MDP confirmed earlier this September have been automatically elected to the national council.