MP Saleem: This administration has stopped the culture of framing people for political gain 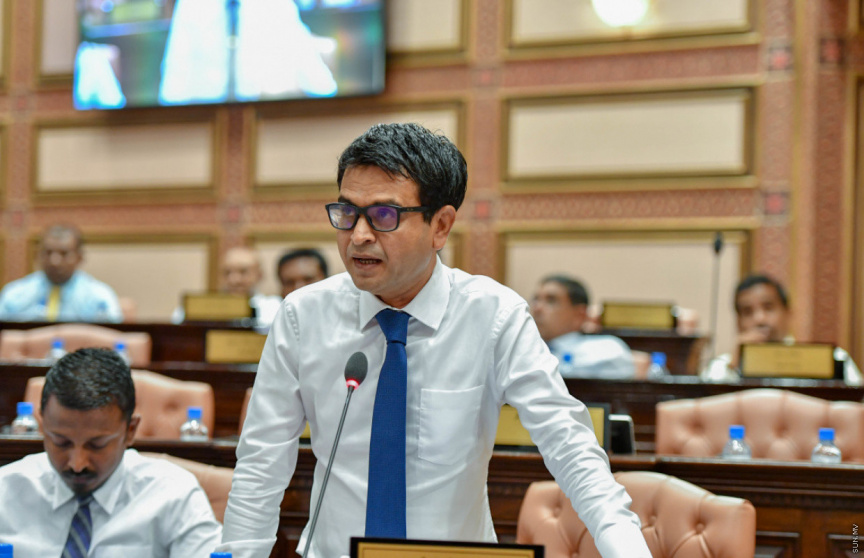 Hoarfushi MP Ahmed Saleem (Salle) has stated this administration has put a stop to that culture of framing people by feigning evidence using investigative bodies for political gain.

During the parliamentary debate held on the bill on Evidence Act today – Saleem said that the new law will put a stop to feigning intelligence reports in order to arrest opposition leaders.

He also highlighted that arresting and charging random persons – as well as arresting and jailing journalists based on intelligence reports - as things that will be stopped with the new law.

“The culture of feigning evidence through investigative bodies to bring forward to courts – and the courts basing their judgment off such evidence will be ended. The current administration actually had already ended this culture. Our aim now is to do everything possible within the law to ensure that this culture is not reintegrated,” he had said.

Speaking further, Saleem that the bill was extremely important in order to run a democratic government.

He also noted that the bill is evidence of the current administration’s efforts to reform the judiciary.

The bill proposing a new Evidence Act was submitted to the Parliament on behalf of the government by North Thinadhoo MP Abdul Mughnee.

It stipulates what matters can be proven in court with the submission of evidence – subject to that there is no reasonable doubt regarding it. The bill also outlines the different degrees of evidence – and defines who is capable of testifying, along with the requirements such a person must possess.