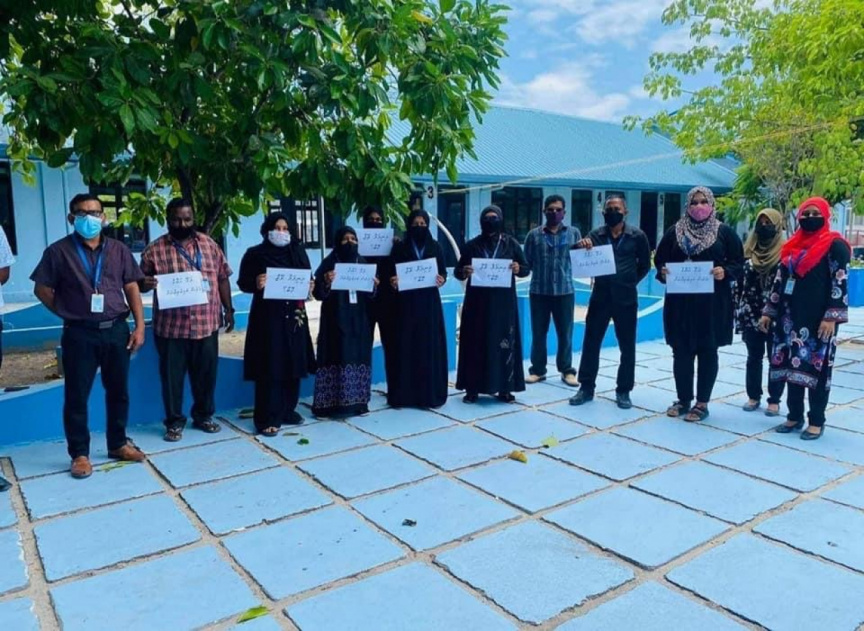 Dhivehi Civil Servants Association (DCSA) that civil servants continued with their silent protest this Monday, and that roughly 70 percent of office workers have not joined work.

Civil servants across Maldives reported to work on Sunday wearing black in silent protest demanding a positive change to their pay and the expedition of declaration of a minimum wage.

DCSA – which organized the protest – had warned civil servants would go on strike if authorities fail to address their concerns.

National Pay Commission issued a statement in response to the protest on Monday morning, in which the commission said that the new civil service pay framework being compiled by the commission will eliminate differences in pay between different state institutions. The commission also said a minimum wage will be declared within this year, which will bring about positive changes to the pay of the lowest ranked civil servants.

A representative from DCSA told Sun on Monday afternoon that they find the Pay Commission’s response unacceptable.

The representative said that 70 percent of office workers went on strike this Monday due to their displeasure over the commission’s response.

“The workers reported to their offices as required under the regulations and went on strike. It’s the council members and in-charges who know their situation best right? So, they are being very cooperative to the workers,” said the DCSA representative.

In respond to the Pay Commission’s promise that a minimum wage will be declared this year, DCSA said the minimum wage should be the basic pay.

The protest by the civil servants also promoted an emergency motion at the Parliament on Monday morning, urging authorities to expedite the completion of the new pay framework and increase pay of civil servants.

'Terror crime suspects can be kept under custody'