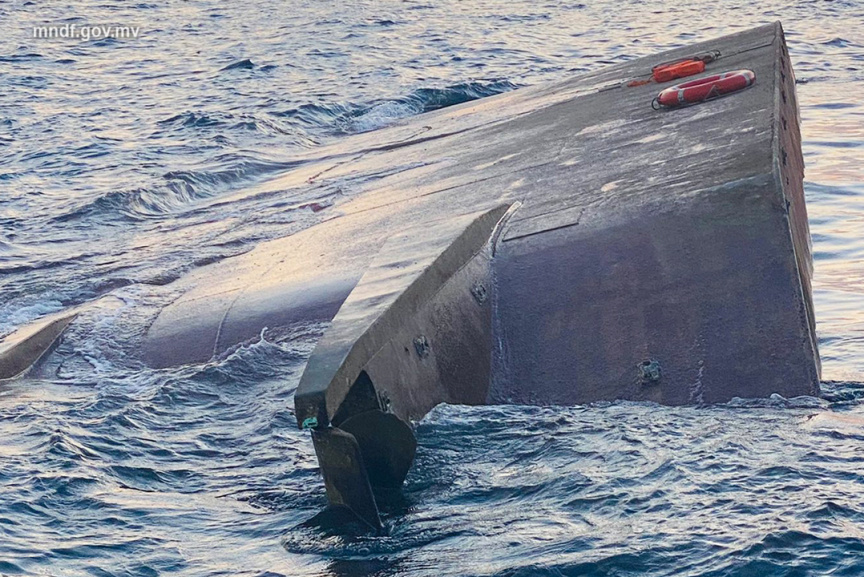 A landing craft owned by Champa Holdings which was transporting cement from Male’ to Lh. Maabinhura capsized on early Monday.

The incident was reported to the Maldives National Defense Force (MNDF) Coastguard Maritime Rescue and Coordination Center at 02:45 am on Monday.

MNDF Northern Area Coastguard Squadron was dispatched to the scene.

The 35-foot landing craft was carrying two containers of cement. The vessel capsized off the coast of Lh. Maafilaafushi.

There were four crew members onboard when the incident took place; three Bangladeshi nationals and a Maldivian national.

All four were unharmed, confirm the MNDF.