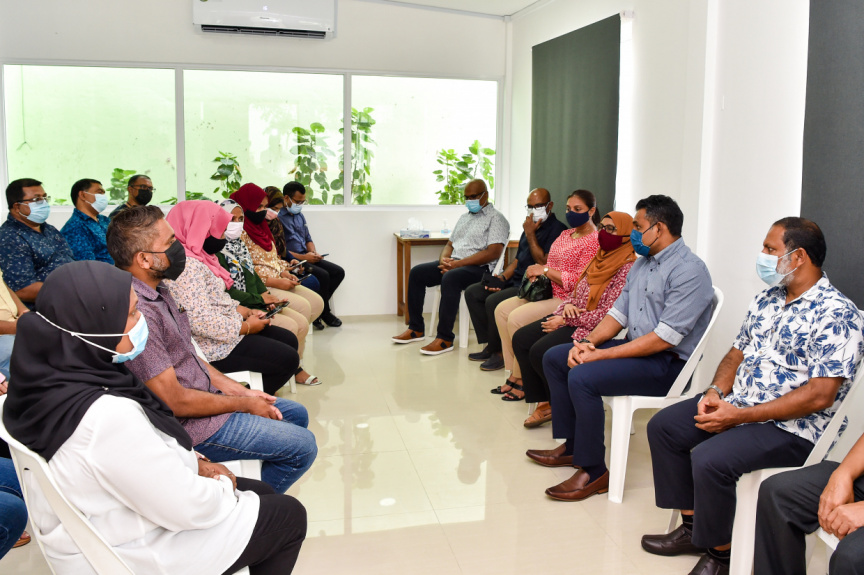 Vice President Faisal Naseem visited Fiyavathi – a children’s shelter in suburban Hulhumale’ on Saturday – after days of disturbances at the state-run facility.

Faisal’s visit to Fiyavathi comes after three consecutive days of disturbances at the shelter.

According to the President’s Office, Faisal toured the premises, and held discussions with the staff and met with children at the shelter.

“During his visit, the Vice President enquired about the facility and services offered and listened to the concerns and issues raised by the children,” said the President’s Office in a statement.

Children had climbed on top of the roof of the shelter on Friday evening, and police arrived at the scene following reports of attempts to set fires.

A team from the Gender Ministry and the Child and Family Protection Services is investigating the disturbances and working towards resolving the issues and looking into the recent occurrences.

Imad’s body being brought to Maldives for burial