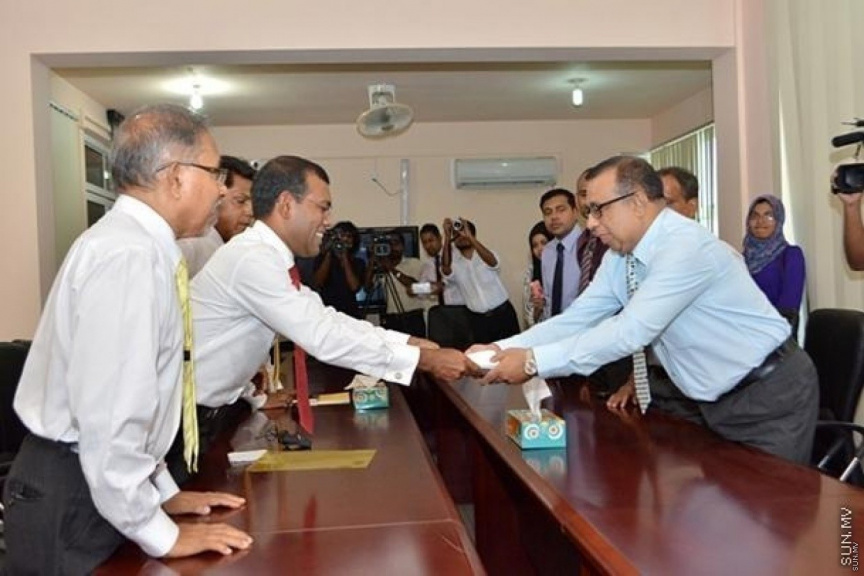 Parliament Speaker, former President Mohamed Nasheed has congratulated Fuad Thaufeeq on his election as Elections Commission’s Chairman on Thursday, stating he has no doubt in his honesty and integrity.

Nasheed, who is in UK recovering from injuries he sustained in an assassination attempt in May, congratulated Fuad in a tweet on Thursday afternoon.

I have no doubt in your honesty and integrity,” he said.

Nasheed said that free and fair elections are paramount for democracy, prosperity and justice in Maldives.