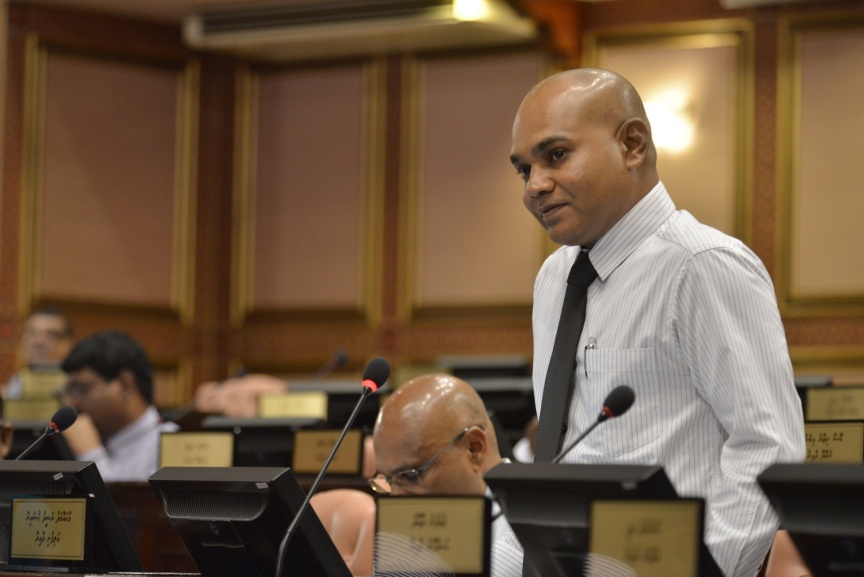 Alifushi MP Mohamed Rasheed Hussain (Big-A) has stated that R. Alifushi airport project is penned in the state budget – stressing that the governemnt will not initiate spending on matters undisclosed in its budget.

Big-A had made the statement whilst speaking at the special ceremony held last night to inaugurate Alifushi’s Job Centre. Noting that he had worked in the Parliament’s Budget Committee over the past few years – Big-A stated that Alifushi land reclamation project is stipulated in the state’s budget.

He also explained that airport development projects at inhabited islands are mentioned in the state budget under the public sector investments’ section – without specifying names of islands the projects will be carried out at.

“What I want to clarify is the misconception that a project is being initiated at Alifushi – outside of the state budget – because of the stature of a specific person. I am someone who has worked in Parliament’s Budget Committee over the past few years. Alifushi’s land reclamation project is included in the budget. Airport development projects are also stipulated in the budget under public sector investment – but without specifying the names of the islands the projects will be carried out at,” he had said.

Speaking further, Big-A stressed that the government will not initiate projects that are not stipulated in its budget.

Former President Yameen Abdul Gayyoom’s administration had also tried to develop a second airport in Raa Atoll. They had decided that the new airport would be at R. Fainu – and subsequently contracted a party to work on the project. However, not long after this, Yameen’s term had ended – and work on the airport development project at Fainu had come to halt.

When President Solih assumed office, it was decided that the airport project at Faniu will be discontinued – citing the damages it will cause to the environment. Back then, an airport development project at Alifush had never been discussed.

Moreover, Alifushi was not amongst the islands at which airport development projects were announced at – earlier this year. The islands included in this list were B. Thulhaadhoo, Th. Vilifushi, Sh. Bilehfahi and HDh. Makunudhoo.

Big-A also denied the allegations made by the parliamentarians who had worked alongside within him in the Budget Committee for this work – via social media and newspapers.

He also added the biggest request made by Alifushi residents during the presidential elections was to develop a full-fledged football stadium on the island. Big-A assured that when this project is complete – the football stadium will have the capacity to host international competitions.

“I thank the Youth Minster to for making Alifushi the first island at which a full-fledged football stadium is to be developed at since this administration had begun governing,” he had said.

Noting that the second biggest request made by Alifushi residents was to facilitate air travel in and out of the island – Big-A said that a lot of obstacles were being thrown in the way of Alifushi airport development project. However, he assured that the work delegated to the government by the people of Alifushi will be diligently carried out.

In concluding his speech – Big-A thanked the government on behalf of Alifushi residents for its efforts in developing the island.

Alifushi airport project was contracted to MTCC on September 1 – following which residents of other islands in Raa Atoll have voiced out their discontent.