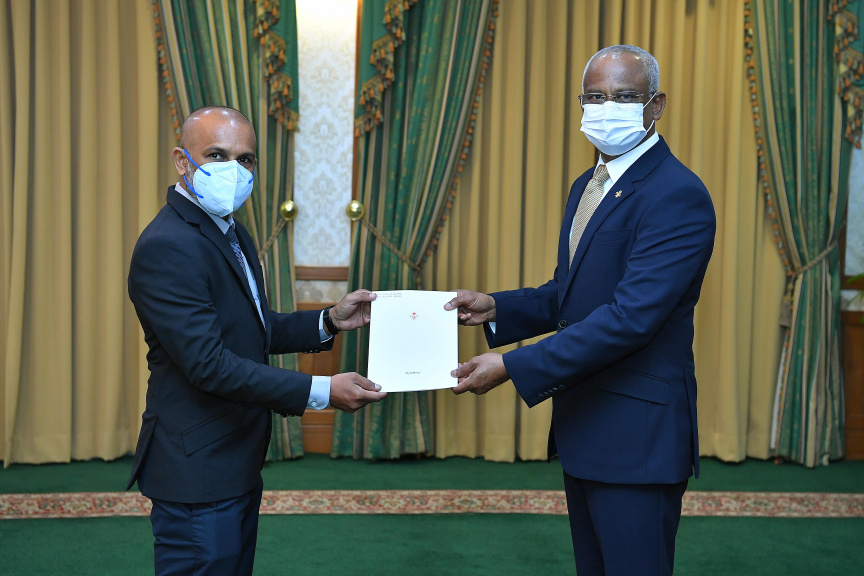 Uz. Ahmed Ahid Rasheed has been appointed as the Information Commissioner of Maldives.

Ahid was presented with his letter of appointment by President Ibrahim Mohamed Solih in a ceremony at the President’s Office on Monday afternoon.

Ahid attained his Bachelor of Laws with Honors from Staffordshire University in the United Kingdom. He previously worked at Transparency Maldives as the Governance Manager, a Senior Legal Advisor and a Senior Project Coordinator. He also served as the Anti-Corruption Board's Legal Officer and the CEO of the Maldives Volunteer Corps.

The position of Information Commissioner fell vacant following the resignation of Hussain Fiyaz Moosa in March, less than two years into his term.

Ahid secured the backing of the Parliament for the post with the unanimous consensus of 49 parliamentarians last week.