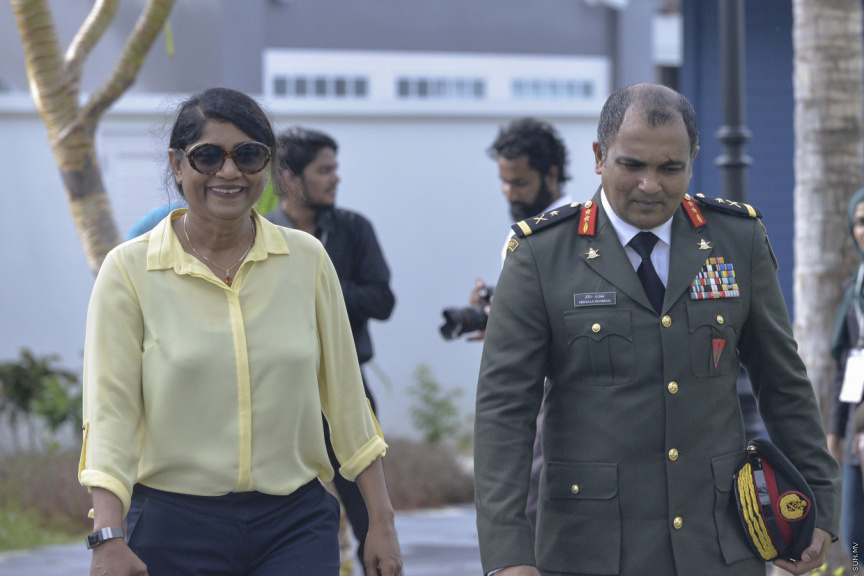 Information Commissioner’s Office has instructed Maldives National Defense Force (MNDF) to disclose some of the contents of the agreement between the Maldivian and Indian military to develop the Uthuru Thila Falhu (UTF) base.

The Information Commissioner’s Office issued the instructions in response to a case lodged by a reporter following lack of response from MNDF to a letter seeking details on six aspects of the UTF agreement.

“Some of this information has also been disclosed in a press briefing by MNDF,” he said.

Ahid said that the MNDF has already publicly stated that there will be technical personnel and not military personnel at the base, and that it will take three years for the project, after which they will remained stationed at the base for 15 additional years.

“We therefore instruct for this office to be informed after releasing the requested information within seven days,” said Ahid.

The UTF project involves developing a modern naval port and dockyard in the base. The controversy regarding the agreement stems from allegations it will allow armed Indian military personnel to operate in the base – allegations which Maldives National Defense Force (MNDF) has repeatedly denied.

However, MNDF has refused to disclose details of the UTF agreement, citing national security concerns.

Maldivian government has stated that Maldives will have full ownership of the facilities established at the UTF base under the project, and that the facilities will be operated by Maldives.

MVR 20 notes reprinted due to shortage in stock