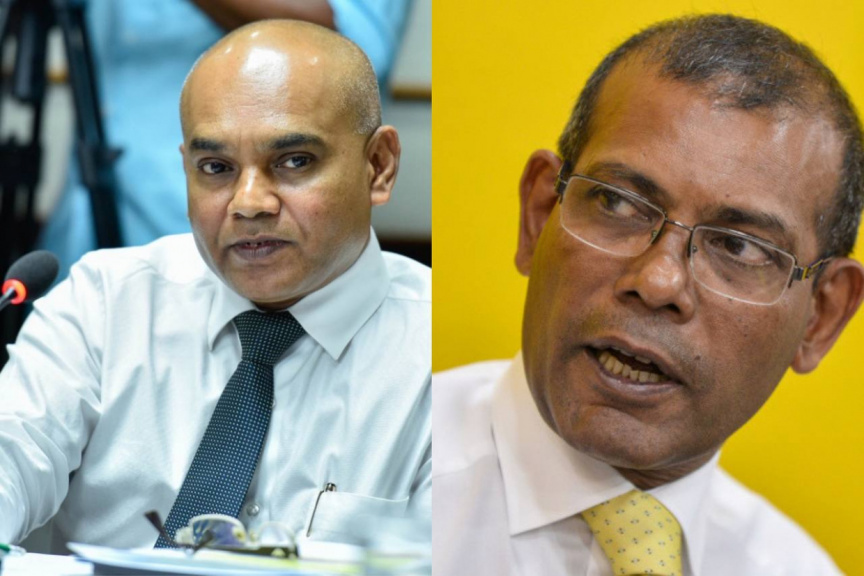 Nasheed criticized Mohamed Rasheed in messages to a Whatsapp group of MDP National Council members in response to allegations the parliamentarians made in relation to the MDP election to select members of the Council of Appellate Judges.

Sun has received a screenshot of the messages.

Nasheed said that Mohamed Rasheed’s allegation that members were being elected to the Council of Appellate Judges to orchestrate a move against President Solih was false, and that the MDP bylaws does not allow for something like that to be done.

“Such hateful comments are designed to create conflict between myself and the President in this group. Comments meant to harass. I ask that you don’t believe this,” wrote Nasheed.

Referring to this list, Nasheed said that only a very few of the candidates on Mohamed Rasheed’s list have been involved in party work before.

MDP’s top officials themselves acknowledge the existence of a rift between Nasheed and President Solih. Mohamed Rasheed, who is the President’s brother-in-law, is sharing a list of candidates loyal to the President.