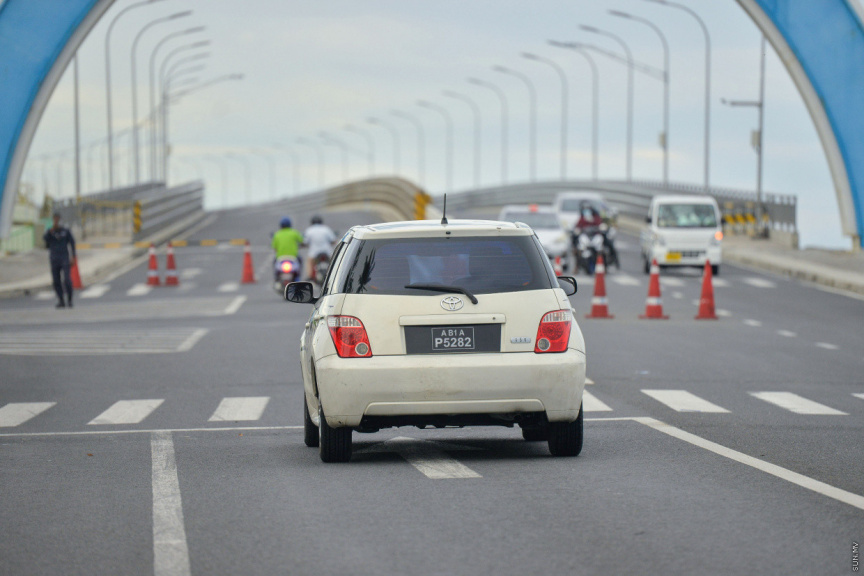 A taxi heads towards the Sinamale' Bridge which links Male' City with Hulhumale' and Hulhule'. (Sun Photo/Fayaz Moosa)

A media official from Maldives Police Service has confirmed to Sun that both the accidents took place this evening on the lane from Male’ to Hulhumale’.

One accident had taken place when a motorcycle had crashed into the dividers placed on the bridge.

“In one accident the motorcycle had crashed into the dividers. The motorist driving at that time has been transferred to Hulhumale’ hospital for treatment,” the media official had said.

In the second accident – two cars had crashed into each other.

“The second accident had taken place when two cars crashed into each other. A passenger in one of the cars was injured in the accident,” the media official had stated.

It was also noted that both the accidents and how they occurred were being investigated further by the Police.