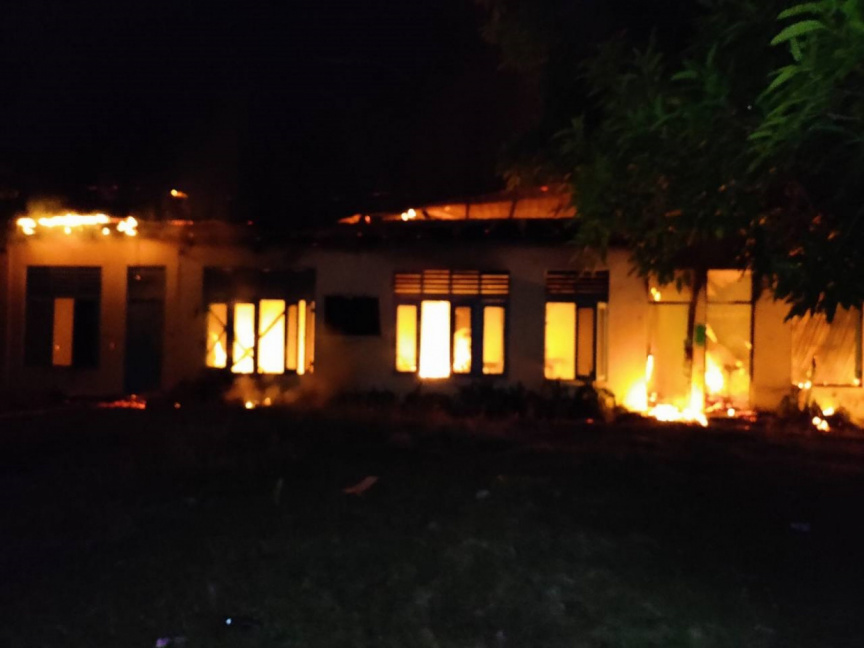 Fire breaks out at the former school building in Sh. Feydhoo on August 24, 2021. (Photo/Reader Contribution)

A fire broke out in the former school building in Sh. Feydhoo on Tuesday, damaging the building beyond use.

According to a local resident who spoke to Sun, the fire broke out in four classrooms in the building.

He said that there were no flammable material inside the building.

He said that the fire has now been controlled.

The building also has a hall. But MNDF officers managed to control the fire before it spread to the hall.