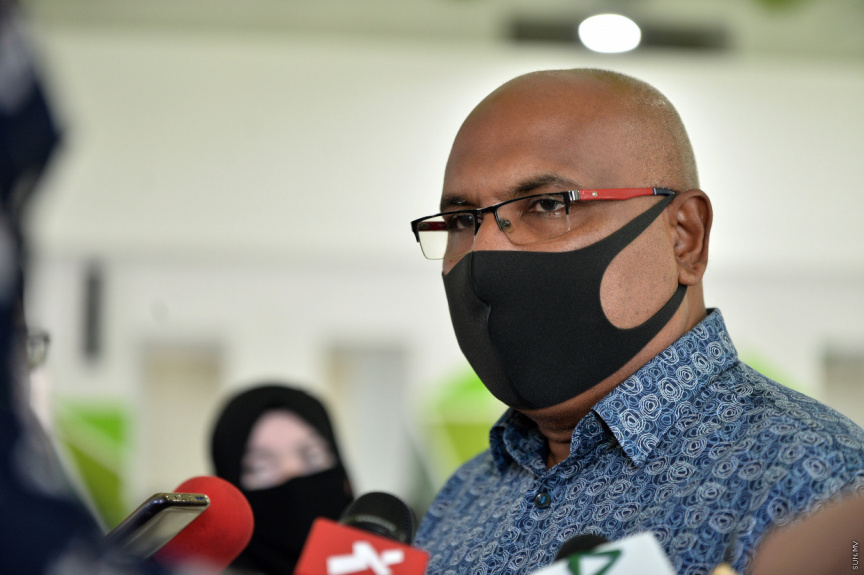 The rent for the units has been set at MVR 8,500 – an amount the tenants protest they are unable to afford. They staged a demonstration last Friday calling on authorities to lower the rent to MVR 5,600 as originally decided by the former administration.

In a press conference on Saturday morning, Suhail said that lowering the rent will result in difficulties for the government in repaying the loan taken to finance the project, and that the rent needs to be set at the current rate in order for the government to repay the loan.

“Therefore, no changes have been made to the rent at this time. The monthly rent is MVR 8,500 as previously decided,” he said.

EXTENSION TO GRACE PERIOD ON RENT

The tenants who took part in the demonstration organized by the Hiya Union on Friday had also called on authorities to increase the grace period for rent in order to allow them to get the finishing work done.

Suhail said that though the government previously decided to provide a three-month grace period on rent, the period has now been extended to four months.

With the change, HDC will begin charging rent on the units in January.

Hiya Union had previously filed a petition, signed by over 2,000 tenants, making three main demands; lowering the monthly rent from MVR 8,500 to MVR 5,600, extending the grace period on rent to 12 months, and writing off MVR 100,000 spent on finishing work from total amount to be paid for units.

Hiya Union told Sun they have yet to receive any response from the government.

HDC to begin charging rent on Hiyaa units in December