Audit: No means to verify validity of documents submitted when seeking income support 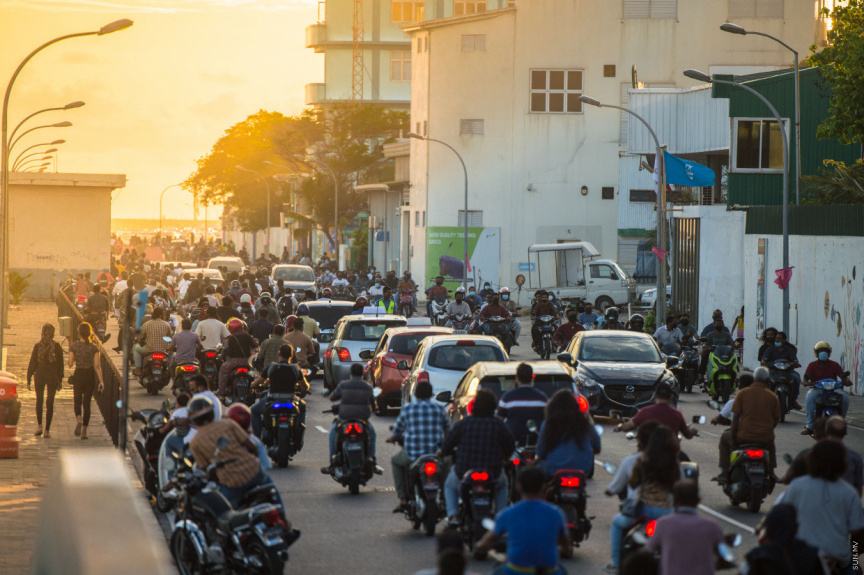 People wear masks as they drive along a road in Male' City on March 2, 2021. (Sun Photo/Fayaz Moosa)

But, it was noted that there was no means to ensure whether these applicants had other sources of income. In addition to this, the report also stated that the Economic Ministry had faced difficulties in ensuring the validity of the documents submitted when requesting the allowance.

In this regard, the report detailed that until December 2020 – the systems of the Ministry and Maldives Pension Administration Office had not been connected – which directly resulted in being unable to verify whether there were other sources of income for applicants requesting the allowance.

The audit report also noted that there was no way to verify the income of applicants who receives their salaries or income in physical cash – as most of them do not leave a financial record.

“As things stand this way, there is a chance for people to request for the allowance through falsified documents - and subsequently the chance of the allowance being issued to ineligible persons,” the report read.

In its audit, the Auditor General’s Office noted that they have flagged a total of 217 applications for which the money issued needs to be claimed back. Amongst these – 60 applications are for having issued allowances for those who were actually employed.

Such cases were only notices when the Economic Ministry’s systems were linked with the systems of other relevant authorities – including those in atolls. Accordingly, Economic Ministry has stated that the government is owed back a total of MVR 409,969 which was undeservingly issued to the 217 applicants flagged. The report noted that efforts were underway to recover this money.

The Auditor General’s Office has made three recommendations following their audit. They are:

From this, the government has disbursed income support allowance to 80,750 applications as of March 18, 2021.