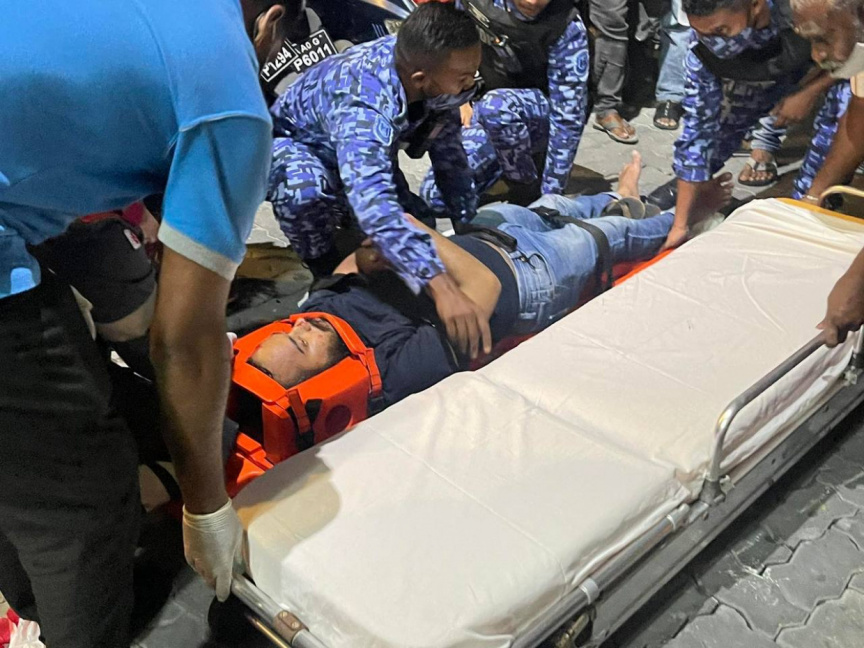 Youth injured in speeding accident being transported to the hospital. (Photo/Ash'had Abdulla (Jerry))

A youth has been injured in a speeding accident last night, after losing control of his motorbike and subsequently falling off from it. The incident took place at Buruzu Magu, near Lotus shop – while the road had been closed off.

A media official from Maldives Police Service had told Sun that they were informed of the accident around 23:10 last night.

“The person who was injured is a 27-year-old man. He is currently being treated at IGMH,” the media official had stated.

The media official also noted that the Police were probing into matters which needed to be investigated in relation to the accident.

Hussain Waheed: Have been summoned by DDCom six times