Lawyers: DDCom does not have any evidence against Yameen 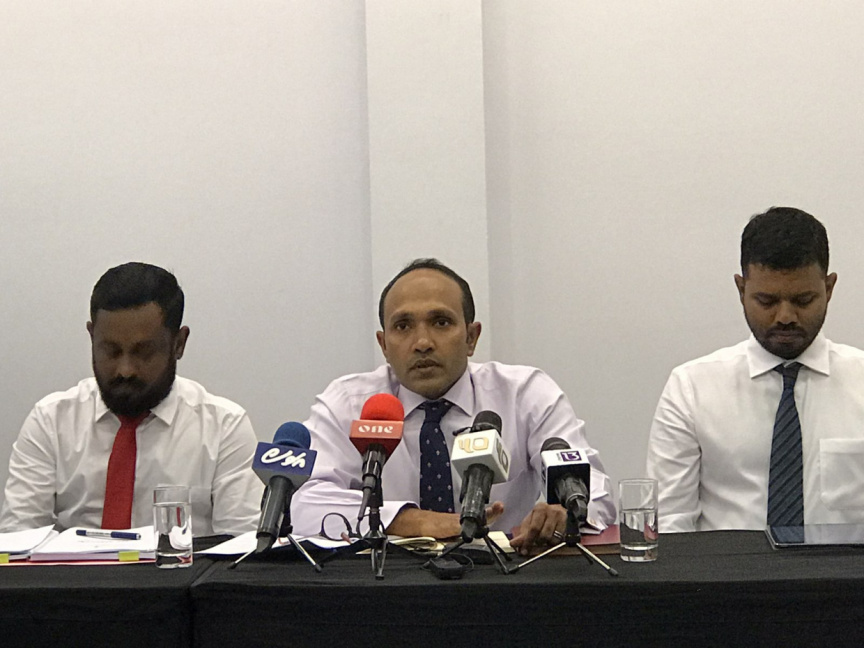 Former President Abdulla Yameen Abdul Gayoom’s lawyers say the Disappearances and Deaths Commission (DDCom) does not have any evidence linking the opposition leader with the disappearance of Ahmed Rilwan Abdulla, a journalist who worked for Minivan News (later renamed Maldives Independent), in 2014.

Yameen was summoned to the DDCom on Tuesday, in response to allegations he obstructed the police investigation into Rilwan’s disappearance. He refused to answer questions by the commission, and chose to exercise his right to remain silent.

Yameen’s lawyers, in a statement on Thursday, said that Yameen denies the allegations made by DDCom, and that the commission does not have any evidence to support its allegations.

“Given that the commission is unable to state what obstruction he made or how he obstructed [the investigation], he categorically denies the allegations against him,” said the lawyers in their statement.

Umar Naseer, who served as Home Minister during Yameen’s administration, has denied Yameen influenced the investigation into Rilwan’s disappearance. He told Sun that the police found all evidence and conducted a thorough investigation into the case.

Umar described DDCom’s current investigation as a waste of time.

“Police found all evidence and investigated Rilwan’s case. So, there’s no new investigation to be conducted,” he said. “When these people came to power and took over, they would have seen that we did all the work. That there’s no new stone to be turned.”

“We told Yameen that some 80 police and military officers had been deployed for the trial. And when we began discussing deploying more, he said ‘don’t be overwhelmed’,” he said.

Umar said that Yameen said that to advise against exhausting all of state’s resources on one case.

The sentiments were echoed by Yameen’s lawyers, who said the allegations were baseless - and orchestrated by top leaders within the current administration for political benefit.

'I am ready to join the opposition coalition'