Corrections: 70% of convicts are drug offenders 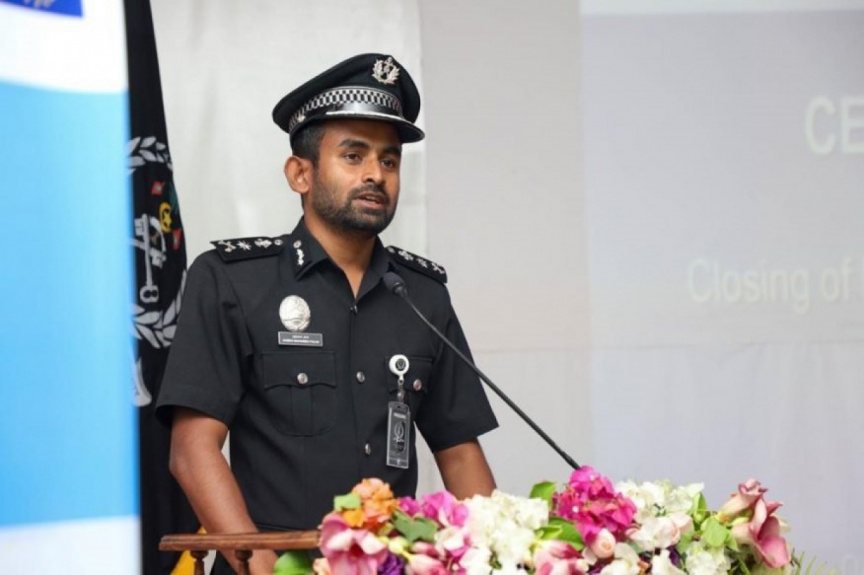 Commissioner of Prisons Ahmed Mohamed Fulhu said on Saturday that 70 percent of convicts in prisons managed by Maldives Correctional Service are drug offenders.

Speaking during the closing ceremony of two training programs held by MCS in collaboration with United Nations Office on Drugs and Crime (UNODC) on Saturday, Ahmed expressed concern over lack of effective solutions to Maldives’ drug problem despite numerous national efforts.

Ahmed said that the drug problem has escalated in both prisons and local communities, giving rise to social issues.

“Massive efforts are needed to run rehabilitation programs in prisons and to stop the supply,” he said.

Statistics released by MCS show half a kilo of drugs have been seized in counter drug operations in prisons within the first six months of this year.

Ahmed said that MCS is researching drug smuggling routes into prisons, and have noted the lack of an outer wall around prisons and other modern resources needed to reinforce security at prisons.

He said that contraband continue to be smuggled into prisons despite the travel restrictions imposed due to the COVID-19 pandemic.

He said that 178 mobile phones were confiscated in operations in prisons in the first six months of the year alone.

Ahmed said that MCS faces major challenges in preventing the smuggle of contraband into prisons, and that it is regrettable that some of the smuggling operations are run with the involvement of prison officers.

He said that MCS has already initiated structural changes and established a professional standard in order to prevent such illegal activities.

He also said that the lack of officers and resources available mean MCS is only able to run a limited number of rehabilitation programs.

Ahmed said MCS is also working to find employment opportunities for convicts who are released on parole after undergoing rehabilitation programs.

“We are collaborating with state-owned enterprises to find employment opportunities for convicts who are released on parole,” he said.