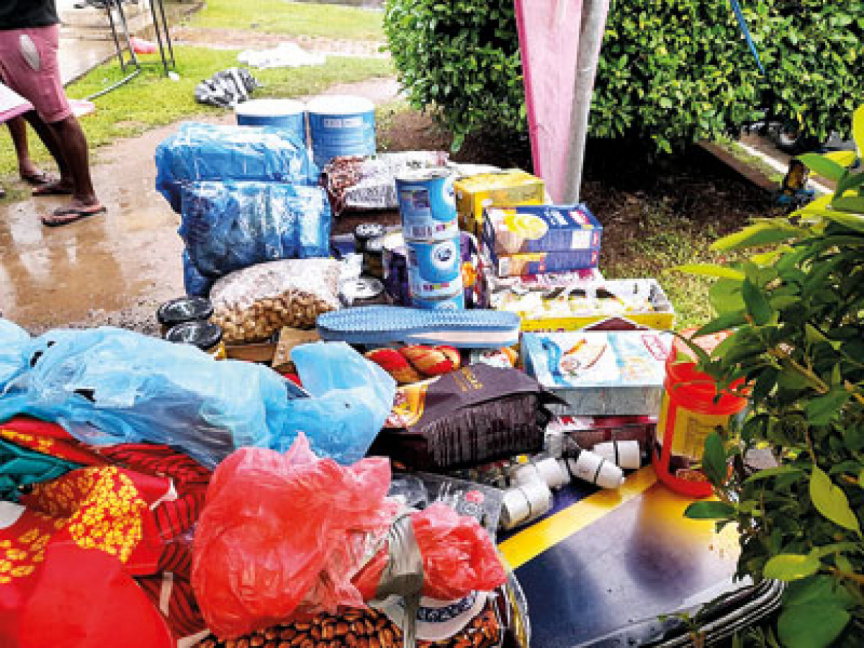 Goods smuggled from Maldives by a group of Sri Lankan fishermen. (Photo/Sunday Times)

A group of Sri Lankan fishermen who were detained by Maldivian authorities in May for illegal fishing in Maldivian territorial waters have been re-arrested upon return to Beruwala by Sri Lankan authorities for smuggling goods and equipment from Maldives in violation of customs regulations.

Sri Lankan newspaper Sunday Times reports the group of six fishermen were arrested by the Coastguard from a fishing harbor at Beruwala – a town located in Sri Lanka’s south-west coast.

They were caught on Friday night unloading the smuggled goods, which included electronics, clothing, perfume, and food items such as canned fish and sweets.

The smuggled goods were seized by the Coastguard, while the six fishermen - who have been identified as residents of Beruwala – are in custody of the Beruwala Fisheries Inspector and will be transferred to the custody of either the police or customs.

Sri Lankan press report the fishermen arrested in Beruwala had previously been captured by the Maldivian Coastguard in May for illegal fishing in the Maldives Exclusive Economic Zone (EEZ).

Maldivian Coastguard captured three Sri Lankan fishing boats on May 29, and reported that there were six fishermen on the boats.

Ashmalee: Payment was made for an 'oil massage'